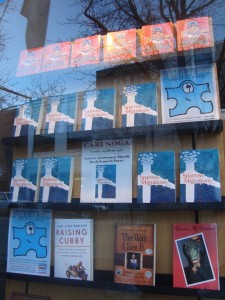 Mother of one child on the spectrum, one off, and stretched thin in between. Writer, reader, swimmer, Midwesterner, public radio supporter. I believe in punching in for the day job and aiming for your dreams. My dream of writing a novel, Sparrow Migrations, just came true. Read more from me at www.carinoga.com
View all posts by Cari →

← Diagnosed as an adult, recalling my childhood, reaching out to other adults on the autism spectrum
Autism Fears – Do you share these? →

“Autism is not a choice, acceptance is.”
by Stuart Duncan