How many of us have children that don’t listen? All of us. It’s the terrible twos and then the even worse threes that really test our limits. As they get older however, they learn to behave a little better but never do get perfect at it. What fun is listening to your parents all the time?

What I’ve found, however, is that there’s a whole other barrier when it comes to Autism, at least in the case of my son Cameron: focus.

Hearing is the ability to take in the sounds around oneself, or as the dictionary describes it: “The faculty of perceiving sounds.” In the case of many Autistics, there is a heightened ability to take in quite a lot of sounds all at once without the minds filtering system in place to muffle unimportant sounds into the background.

Listening as described by the dictionary: Give one’s attention to a sound: “sit and listen to the radio”. You can see how this relates to one’s focus. When a person focuses their attention on something, they listen intently. They absorb the sounds or what is being said and all else is dismissed.

Listening is the important portion of your instruction giving. Without it, there’s really no point in talking.

When I read articles around the web about Autism, I find that they tend to discuss the lack of focus or the intent focus and very seldom do they discuss both. The truth is that for most children in general, far more to the extreme for those with Autism, you are almost always dealing with both.

I feel that one of the biggest hurdles facing those with Autism is focus. I like to think of Autistics as being digital while everyone else is analog.

Those with Autism have 0 and 1. On and off. Meaning that either all sounds are getting in and they hear it all but listen to nothing or they listen to one thing and hear nothing else. There’s not much room for anything else. This is why your child listening to a song, a toy, a tv show, etc will likely not hear you even though you’ve called their name several times. It’s also why your child will not listen to you in a crowd of talking people when you call their name. They likely can’t listen to you.

The rest of us are analog because our minds have the ability to scale the dial back and forth such that we can tune out the crowds to hear those that talk to us and conversely, can break our attention and stop listening when we hear something else of importance.

We all know that there’s a big difference between hearing us and listening to us… but what we might not know, or may sometimes forget, is that it’s not because they’re not paying attention. Or that they’re simply ignoring us (although sometimes that may actually be the case, crafty kids).

It is one of those things that can easily anger us because being ignored is a very frustrating thing but we have to remember that sometimes it’s not intentional. Sometimes it’s not their fault.

Be aware of your environment and that of your child as well. Perhaps they’re not hearing you, perhaps they’re listening to something so intently that they can’t hear you. Try not to get mad.

If they’re listening that intently, taking them away could result in a meltdown so it’s a judgment call on your part. But there are ways to change their focus without bothering them too much. Sometimes a hand on the shoulder will do.

Just remember the circumstances at work and the entire situation can be resolved much better without anyone getting mad and making a troubled situation much worse. 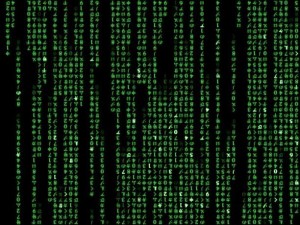 I’ve noticed for quite some time how my children often repeat what they hear in a movie or television show but what they say isn’t an exactly copy.

For example, in the Cars movie, one character says “What? did I forget to wipe my mud flaps?” to which Cameron immediately parrots “I think I wipe my butt wraps”.

Another instance is in a Mario Brothers game where Mario cries “help’a me!” and Cameron laughs and says “trampoline!”

There are many many examples I could give. This has been a common thing for him all of his speaking life but I never saw much point in blogging about until a mom on Twitter (@Calormom) commented that her son never answered the question “How was school today?”

Unfortunately, I don’t talk to very many parents that get an answer to the school question. Not very many children with Autism ever answer it.

This mom said that she had asked a teacher from the school and the teacher said that it’s likely that her son doesn’t understand her, or the question or just doesn’t want to answer.

This got her thinking and rather sad that her son doesn’t understand her. Understandable… I felt the same when Cameron would never tell me about his day too.

Did he say what he heard?

Keeping in mind his strange inability to say what he had just heard from the television, I got to wondering what he might be hearing when I am talking to him. If I talk at regular speed about mud flaps… is he hearing “butt wraps” ??

Here is what I did when I realized that he wasn’t properly interpreting what it was that I was saying.

Don’t be discouraged if your child doesn’t understand you… they haven’t understood you for their entire lives, but they’re learning. This is no different. Also, it happens with all children, just maybe not to the same extent as a child with Autism.

You just have to keep all of these things in your mind, remember not to get frustrated when you don’t get an answer and to understand what may be going through your child’s mind.

Your child loves you and does want to tell you… they just need a little help from you.

Communication, breaking it down

on November 1, 2010 in Autism Communication

What is the difference? I’m glad you asked!

A break down in communication is described as two or more individuals or groups being unable to understand each other due to differing styles or methods of communication.

Lacking communication skills implies that a person simply can not communicate at all, with anyone or anything. If you spend a day with anyone that has Autism, regardless of the severity, you know this simply isn’t true.

Let’s break this down further, because those with Autism have symptoms in a very wide range of severity and complexity, I can’t possibly cover every different variation I’ve heard of or encountered, but I hope to give you some idea of what is going on.

Inside, that person is trying to tell you that they need you, they love you but they can’t get it out to you in the way that you understand it. It’s a break down in communication.

Likewise, you are trying to hug them or speak to them in certain tones or you make a face at them and they don’t understand. They don’t get the sarcasm or inflection, or they don’t notice the eyes rolling that you’re doing and again, you have a break down in communication. Something you say light heartedly may be taken as very seriously, even negatively and they lash out and you are left wondering why they have these random temper tantrums.

What you need to realize is that sometimes it goes way beyond this simple break down into a whole other level of mixed signals. For example, some people with Autism may be seeing colours as you speak. Some of them may taste the sounds or even smell them. Your whispers may come across as nails on a chalk board or your yelling may come across as a fog horn inches from their ears.

Try to imagine an alien life form that comes to Earth and talks in clicks and clucks, just sounds coming from their mouths, and then when you talk they see a blinding light and their ears feel like they’re on fire.

Would you both be lacking communication skills or would there simply be a break down in communication that is very difficult to over come?

As with all things Autism, as I always say, nothing is the same for all Autistics, but this should give you a good idea of just how crazy it can be for one with Autism to try to communicate.

It’s important to remember that they can communicate. They can have the desire to tell you all the things that you want to hear. They simply are unable to get it to you in a way you’d understand. And when they freak out for what you think is a nice gesture or seems totally random, perhaps it’s not.

Unfortunately this won’t solve many problems for you, but perhaps answer some questions.

It’s all about communication. Not the lack of it but the break down of it. Whether you stop talking or talk louder, you are communicating and that’s a very powerful thing.

Don’t take it for granted when so many can’t find a way to do it the way we do.