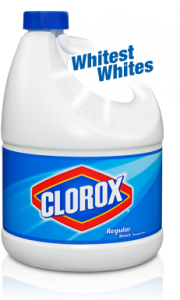 We made the decision to move pretty far away from my family before Cameron was old enough to start school, in an effort to get him into a school that would suit his needs rather than force him to conform to the needs of a school around here.

It was a big move as it meant separating my children, and myself, from my family. It’s an 8 hour drive so it’s not so far that we never see them but it’s far enough. Plus with extreme weather conditions where we moved, we basically only get to see my family once a year.

A year isn’t really much to me or my aunts, uncles or my mom… because we’re all adults. But to a child that is only 6, or 4, as is the case with Cameron’s little brother Tyler, a year can make a huge difference.

There’s extra inches, there’s maturity in their face, a wider vocabulary, a better sense of humour and in the case of a child with autism, like Cameron, there’s progress.

Yes, Cameron is taller and smarter now but it’s the fact that he’s willing to actually talk to people that really shocked my family. Not just talk but have real conversations.

That’s thanks to the hard work of his great teachers at the school, his therapist, our own hard work at home and of course, Cameron’s very hard work to be willing to put in the effort to try. If he didn’t want to, and I’m sure a big part of him did, he could have just shy’d away and refused to talk to them. But he didn’t, at least, most of the time anyway.

More so than that was his need to get changed in the bathrooms, not wanting anyone to see him naked. At 6, this probably should have happened earlier but as a child with autism that is not overly fond of wearing clothes as it is… it’s really a very big deal.

It’s very gratifying, as selfish as that is, because it justifies, at least to me, our decision to take our family so far away. And my family sees that and understands our decision. They understand why it is that they now only see us all once a year. I mean, they understood the decision when we made it but now we have results.

And I’m proud too. Not of my decision or of myself but I’m proud of my son. I’m proud of Cameron for making that effort to talk to people and even play with them sometimes. To get off the couch and go outside to play with the other kids a couple of times.

I’m proud of him for making so much great progress so that when we do see my family, he can impress and even amaze them.

Not every parent is able to pick up and move and certainly, not every parent sees these kinds of results from year to year… so I’m so much more grateful than any words I write here could convey. 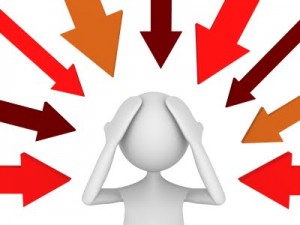 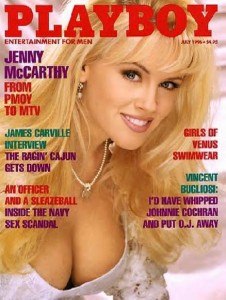 First of all, I thought I’d put “for autism” in quotes in the title for one simple reason… she’s not doing it for autism.

You can read the news stories here

Jenny McCarthy is head of Generation Rescue, a charity that claims to fight on behalf of children, specifically children with autism and even more specifically than that, according to them, children that have been harmed by vaccines.

That’s all well and good, I can argue those points another time.

The fact is though, by focusing a cause on children, and then making efforts to raise awareness of those children… fighting for those children… she might as well have said that she’s posing nude for children.

She’s not doing this for my child. She’s certainly not doing it for your child.

And don’t tell me she’s doing it to raise awareness because I think most Playboy gawkers have heard of autism already.

In the very second sentence of this post, I said that she’s the head of Generation Rescue… a charity. So think about it for a second.. who exactly is that $2,000,000 going to?

Sure, you could say it’s not in her name exactly, but I’m sure if it was Donald Trump funneling money to his own endeavours rather than to the cause he claims to support… one might have a different opinion.

Even still, even if every last cent does trickle down to the children in some way, it’s still not going to my child or anyone else’s child who doesn’t believe that it was vaccines that caused their child’s autism.

And that leaves out a LOT of children with autism. A LOT.

So again, she’s not doing it for autism.

She’s making a mockery of real causes and real issues.

She obviously isn’t making enough (publicity) out of her shameless self promotion of her books and so she’s doing this.. not for autism, but for herself. And only herself.

She’s in the news today. She’ll be in the news when the pictures come out. She’ll get herself onto the talk shows to talk about it. She’ll sell some more books.

My child will still be sitting on the couch playing Mario.

For the record, to be as clear as I can… I do NOT support this idea, I do NOT feel it represents me or my child at all and I most certainly do NOT think she is representing the community.

As with any nice day when Tyler Gregory has no “gig” to perform at, he went to his favorite spot on the street to perform for the crowds that were coming and going that day.

However, what was quite rare was a most unlikely connection that he was able to make with a young man named Jacob. Eight years old, blind and autistic, this child was deeply attracted to Tyler’s music and began dancing… and inching his way ever closer and closer to the source of the music.

At one point, you could see Tyler nod to Jacob’s mom to indicate that it was alright… and then… their connection became much more than just dance. Jacob, first touching the guitar, and then Tyler’s leg… almost bringing Tyler to tears as he continued playing on.

Before you watch the video below, here is a small part of what Tyler wrote on his blog (you can read it all yourself here):

unlike most kids that come up to me with curiosity, I felt so much energy coming off of him and I was completely overwhelmed. His hand on my leg was very powerful and about brought me to tears while playing. Not because he is blind or autistic.. but because of a connection I have never felt and one that is impossible to explain. Honestly, a feeling that came from my toes all the way up my body and surrounded me. I can’t begin to explain it. I want to try to put it into words, but there is no way to tell how powerful his energy felt.

It was a powerful moment that made my day and reminded me of the good things in life. Reminded me why I love different interactions with people when playing music. Reminded me of how powerful music can be between two people. It also reminded me not to take things for granted, for most of us have it pretty easy in our everyday life. So, I just simply went home with a very big smile on my face that day, and a story to tell my close ones.