This is a plea to the Minecraft community from the autism community for help on April 2nd. 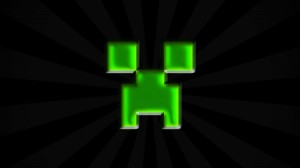 This is a plea to the Minecraft Community from myself and the Autism Community, whether you are with Mojang, or you create videos for Youtube, do live streams or just play on servers with other people, I beg you for just a moment of your time.

Recent studies show that children with autism are 4 times more likely to be bullied than anyone else. And although research can’t ever rate such a thing, I can assure you that the severity of the bullying is far worse as well. These studies are done in schools and playgrounds. But if I were to guess, I’d imagine these numbers to be far, far worse in the Minecraft Community.

I started my server for children with autism less than 9 months ago and in that time, I watched our whitelist skyrocket to over 3600 people. Each of them with the same story… they were bullied on every server they went to.

Just last night, a new player said ‘this is the only server i have found without being judged for being “different”‘.

This is just not ok.

I am a grown man with 2 children of my own. I can’t remember the last time I cried. Maybe when I was 6? But I can honestly tell you, with no shame, that I couldn’t help but cry last night as I had received the 2nd email in less than a week as 2 separate children were reaching out to me because they had a knife in their hand and they were done. They’re hurting themselves, their parents can’t help them, they’re bullied and beaten every single day, they have no friends and they can’t take it anymore. They seek solice with the game they love but on every server they try, they find more of the same. They’re griefed repeatedly, killed constantly and people say the absolute worst, most hurtful things they can say to them. Sometimes it’s even from the server admins.

Each of their messages to me finish the same… “I feel like you’re the only one I can talk to AF”.

Something in me broke. I couldn’t hold it back anymore. It really hurt and I cried.

If I was to average it out, I’d say that I’ve received a message from a different child at least once every week since starting the server 9 months ago. Just 1 child, emailing a server owner, reaching out because they can’t take the abuse anymore, is too many. But once a week for 9 months?

It shouldn’t be like this. We have to do better.

So on April 2nd, Autism Awareness Day, I’m asking… no, I’m begging, the Minecraft Community to stand up with the Autism Community and declare that it’s time to put an end to bullying. Bullying of autistics, bullying of anyone that’s different and bullying in general.

Proclaim it in your livestreams, in your videos, in your blogs, press releases and even on the servers that you go to that bullying is wrong.

And if you see someone being bullied, speak up. Don’t be afraid. You tell them that bullying doesn’t belong here and it’s not going to be tolerated anymore.

The Minecraft community is incredible. I know it, I’ve seen it. I love being a part of it. But we can do better.

If just one person is bullied just one time less than they would have been before, sure, it might not change the world but it’s a start. It means everything.

36 Responses to This is a plea to the Minecraft community from the autism community for help on April 2nd.