Breaking the Autism barriers with technology, but who’s barriers are they?

There has been a lot of talk lately about iPads and, to a lesser extend, some other technology that has been vastly improving the treatment methods of autistics all around the world.

Yes, autistics are finding a way to communicate using an iPad. Thanks to the hard work of some very amazing developers, a child, teen or adult with Autism can move a finger around and select emotions, objects, words or even letters on an iPad and express themselves… even though no previous method had worked for that person before.

Most people see this as a means for autistics to “come out of their shell” or to “break through the barriers of Autism”… for me, I see it as a way for us to break through our own barriers.

For example, a 30 year old man that is unable to speak, use a toilet or dress himself may be considered to have the “intellectual equivalent” of a toddler.

The problem with this is that it was generally assumed that these people had very low IQ scores to also indicate this lack of intellect.

A child, that was featured in the CBS show 60 Minutes, is actually pretty smart and actually likes classical music and opera. The thing is, no one knew it.

It wasn’t until the child was able to use an iPad that they began to realize just how much he knew… and discovered his love for music. Who’s barriers are being broken?

Is it really that child that’s breaking through his barriers? Or is he still the same child that he’s always been?

Some would say that he is, because he’s now able to communicate the things he knows and his taste in music… however, I’d argue that it’s more a case of us being able to break through our barriers.

He’s always liked opera, he’s known what a saxophone is before he used the iPad.

You see, up until now, we’ve had no way to ask the question and get a response. That’s on us, not that child. We’ve banged our heads on the wall over and over again trying to find ways to get input and output on a level that, not only could he use, but so could we.

The iPad provides that interface, not just for those autistics to communicate but for us to change the way we think.

Changing the way we think

This child is clearly not a toddler. Not in his actual age nor in his “intellectual equivalence.” Toddlers do not know what a saxophone is.. much less view opera music as a reward. This child does.

The segment does not state what his IQ test score results would be, if they did one, but I’m fairly certain that what ever it was, is not reflective of just how much he’s able to indicate that he knows via the iPad. Do toddler level IQ scores allow a person to identify a saxophone on a screen?

Something to think about

It’s human nature to speak about a person as if they’re not even there, when it appears as though they’re not hearing what we say. Maybe not right away and certainly not intentionally, but people do it none-the-less.

The thing is, as was always suspected by some people, these children truly are taking it all in. They see it, they hear it and they feel it.

So swear words, abuse, insults, derogatory statements… all kinds of hateful and hurtful things can be taken in by these children that you may think aren’t absorbing anything at all.

And it may be years, it may be never… but maybe, just maybe, someone will hand your child a piece of technology or an app that helps you to break through your communication barrier and your child will astound you.

So even if a doctor uses the “severe” word, even if your child scores low on an IQ test… and even if someone tells you that your child has the “intellectual equivalent” of a child or toddler… remember, those are just barriers. Once you find a way through, you may be quite surprised at what you find out.

If you have some ideas or would like to get involved in being able to make Autism Apps: http://hackingautism.org/

My child’s future with Autism, my goals

I can’t set goals for my son, I can only set goals for myself in hopes of making his future a little better. People say the best way to achieve your goals is to write them down. It makes you accountable for them and reminds you of them later.

Anyway, I’ve been blogging for a little while and even had the opportunity to work with a few charities/groups on some things… so it got me to thinking about what I am going to do.

I don’t mean in the vague… “promise to always be there for him” sort of way but in the “what specifically can I do to improve his life by doing things within/for the Autism community” kind of way. 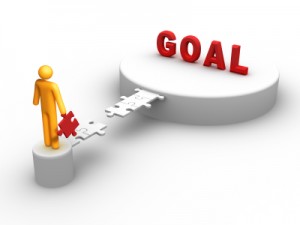 So here are my personal goals for the future, as they pertain to the world of Autism.

It’s not a very big list, my skills and resources… as well as my ideas are limited. Having a family of 4 and a day job will do that. None-the-less, the few goals that I do have there are rather hefty.

And now that I’ve shared them with you… I have to do them!

I wish I could be a grown up..

While I was doing dishes and my wife was at work, my two boys were in the living room, playing a video game and discussing how much they wished that they were grown ups so that they could do anything they want.

Even though I couldn’t help chuckling to myself, thinking they didn’t really think this through very well… I remember quite clearly wishing for the same thing at their age.

And now, while doing dishes, listening to them play video games, I’d love to just be their age again.

The Adventures of One Sock [Review]

When I get books in the mail relating to Autism, they’re usually for me. However, this one wasn’t… it is for my boys. 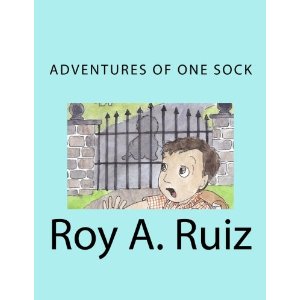 The Adventures of One Sock is a fun tale about a child with Autism that gets spooked when he spots, what he thinks is, a lion in a neighbor’s yard while on his walk to school with his dad.

With the help of his family, he’s able to cope and even over come this fear and makes a new friend in the process.

The story, along with some very cute and fun art work really were easy to relate to for my children because they remember the stroller days, they have an imagination that could conjure up a lion as well and they really like the… well, I don’t want to spoil the ending for you.

I do have to be honest in saying that it’s a little obvious that this is the first children’s book for this author, in that I found myself replacing a few words as I read, since they didn’t feel all that natural to say to a child… but even with those few exceptions, it’s still a wonderful story and very engaging for my boys.

One of the things that they really got right with this book (which most people don’t think about) is the aesthetics. It’s a nice big book with paper covers. It’s not a lot of pages but those pages are quite big, making the art work really stand out and the words are very clear in big letters.

This really lets little hands hold it, explore and even bend it all they want without having to worry about it. Also, as my older boy is just learning to read, I can more easily point to words or even letters since they’re in a nice big type face.

This is a great little book to pick up for your little ones… I’m sure they’ll be able to relate to a lot of parts in it even though, at 24 pages, it’s not a long story. Yes, it is a story about a boy with Autism but that is never really an issue. Whether your children have Autism or not, they’ll relate to this story.

The Adventures of One Sock is now one of the bed time stories that my boys hear before bed… I’m sure one day, when they’re able, they’ll love sitting down to read it themselves.

You can pick up The Adventures of One Sock at ClearSpace for $10.92.

The common, not so common, issues

One of the problems I often encounter when discussion Autism with someone that does not know much about Autism is overcoming their need to relate.

Which sounds really odd, doesn’t it?

Here’s the problem: for every sign of Autism that I explain, the response is often “but a lot of kids do that”.

And when that happens, you kind of have to go…  “yeah… a lot of kids do do that, but not like this and not with the combination of all of the other things my child does.”

Here’s a quick laundry list of Autism symptoms, off the top of my head, where “a lot of kids do that”:

The list goes on and on… and when your child is having an issue with one of those things and you mention it to someone, often times the response is “yeah but a lot of kids do that.” 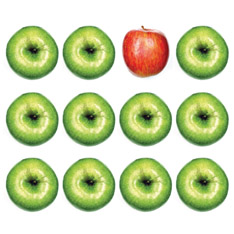 This is why the DSM tends to combine signs, meaning that your child has to have several signs and meet several areas of criteria in order to qualify for an Autism diagnosis.

The truth is, they’re not wrong. A lot of kids do that!

And that is what is so maddening when someone responds to me with “but a lot of kids do that”.

It’s a struggle to admit that they’re not wrong and yet they’re so far off base at the same time… how do you explain that without upsetting them? Especially those stubborn family members that are so certain they’ve “been there, done that” and that you’re just young and “finding out what it’s like”.

See, I can see you sneering right now because we all have those family members.

In these cases, it’s best to remember the 3 key points that make your experience different from theirs:

If you really want to throw it in their face, you can add a fourth point… that their children were just brats and yours has an actual disability. This often results in a discussion about how much medical experts know and don’t know vs now and then, how they just have to give everything a name these days and so on… so it may be best left out.

Chances are, if you’re like me, it will really bug you every time you hear “but a lot of kids do that” but you have to remember that they mean well. They’re either trying to relate what you’re saying to what they know or they’re just trying to show their support, in their own weird way. That they “understand” what you’re saying because they’ve seen it.

Then you can hand them the gluten free food and/or therapy bills and say “consider yourself lucky that not a lot of kids do that”.