By Christoffer on December 6, 2012 in Autism

Often, when reading blogs about autism spectrum disorders, I find sentences complaining about the impaired social skills; what should their kids become when it has impaired social skills? Likewise, the lack of or developmental delay in language in some kids, the lack of toilet training in some kids and further on make similar questions; what should it become of my kid? The standard solution posed has been diverse behavioral and educational therapies and pedagogics; the focus has been on training the kid to be as normal as he can be. If it works, the research still tell us little about. In any case, it confirm the view many have about autism spectrum disorders; something wrong with the kid which has to be somewhat fixed.

What, in reading such blogs, surprise me is the lack of question to the medical discourse which  lay the foundation for such a perspective on autism spectrum disorders. Being genetics as it is said, the world must have gone through a very fast and overwhelming phase of genetic change in the 1920’s if the diagnosis genetic statement is true. I find the genetic statement to be true, but I don’t find it to be true that the diagnosis necessarily raised in the 1920’s. I find it probable that it was first in the 1920’s the foundation existed to make this kind of identity to be converted into a diagnosis, and this conversion; from personality to pathology, is in need of reflection. If autism spectrum disorders once was a trait of personality, not posing any trouble but contributing to diversity, why is it today such a problem with it? Why is impaired social skills, lack of or developmental delay in language, lack of basic skills like toilet training and so on a problem?

The answer lies all in our perspectives on autism spectrum disorders. Confronted with the ever demanding western world we often jump on the barricades to be as prepared as we can in meeting it. Good social skills, we think (automatically often) are needed for making networks; both personal and economical, being included and not teased by others and so on; it is as it is our glue in the society, making the fundamental bond between us. Lack of language and toilet training, we think as well make a problem in relationships and it also must be a pain for the kid; because it is a pain for the parents to communicate with a kid without language and changing diapers the whole life. But the biggest case is that the kid bear the label of autism; a label called an epidemic and made as worse as cancer, a sickness which the kid manifest to such a degree that it can’t be any good to it other than its medical discourse. In this perspective we miss some fundamental questions, and that is questions about the terms itself: What does social mean? What does lack of or developmental delay in language mean and what consequences do it have for the kid seen from the kids perspective? And is lack of toilet training as worse as it is pictured?

The french philosopher Michael Foucault called empathy a sort of relational power, the german philosopher Ludwig Wittgenstein made social skills into a game mechanism and the german philosopher Jürgen Habermas divided the social world from the natural world. Jean-Jacques Rousseau, a french educational philosopher, proposed to say that a kid should not have social contact before the age of 16 since social contact before would coloring the kid so much that it lost himself completely. The french philosopher Henri Bergson concluded that social skills are the solution to the question of free will as it removes it. Many more philosophers has had something to say on the question of social skills; theories which are important to consider when the negative thought who say that impaired social skills are a disaster come up. The background for this thought may find it way back to the antiquity, where both Plato and Aristotle reflected on how to be good; how to do the right things in life. Plato found this to be a part of the true nature and something which all humans had as part of themself, but as something which needed educational training to be revealed. Aristotle on the other hand found not the case that all humans have it, as all humans are unique, but also he concluded that education may learn the human how to be good. In that time of age social skills was what made human doing the right thing. The glue of the network was in that time of age love. Today social skills has converted to both be a question of moral and ethics, and the glue of the network, and love has transformed into a sexual value.

Regarding language skills, which both philosophy of language and linguistic has its primary area, one could have done the same kind of philosophical journey and concluded with it both as bad and as good. Language could have been posed to being the borders which don’t make us in touch with neither nature nor God, and it could have been posed as the skill who make us human. And as well with other basic skills; in the way of philosophy and history human skills may come up as both negative and positive skills, and that is important to take into account.

The autistic person is very found to be under the influence of others; yet their will to original experience would have an influence of their choice. If only negative labels are posed on their traits, they also will become negative to it because no other alternatives to choose from will exist. This negative perspective on themself may be an obstacle in life; making it harder to get a job and a independent life as it in the same time make them more susceptible to treatment. A positive perspective on the other hand, where the traits are posed as unique skills and independence, will make a kid with autism spectrum disorder strong, he may make success in work life and he will be independent. He will also be more inclusive and caring, but he may not be very susceptible for treatment and a disaster to all health personals. The perspectives on autism spectrum disorders make the way for the autistic; impaired social skills, lack of language and basic skills do not need to be an obstacle; it does not need to be a pain for the autistic, it has all to do with the perspectives the autistic itself has on it, and that perspective has the environment a responsibility for.

When a child with autism first starts to recognize bullying

I find that movies are great ground breakers for my son Cameron as he tries to learn and understand social situations. We try to point out who is sad, who is happy and why. 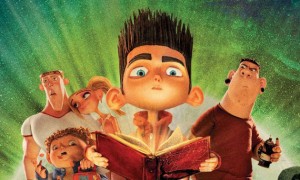 This week, we watched ParaNorman for the first time. It’s a fun animated ghost movie where Norman, a quiet little boy, is able to see and talk to the dead.

This causes him all sorts of grief as the adults shake their head when he walks by and other children call him “freak” and laugh at him.

Near the beginning, introducing the main character and his life, he gets caught up in what the dead are doing, completely missing what his teacher is saying and the other children laugh at him. Other accidents happen, they laugh some more and it ends with him sulking away from his locker that says “freak” on it, for the second time that day.

It was at this point that Cameron, completely on his own, said “aww… poor kid.”

Now, I’m not going to get into the whole “do children with autism lack empathy” thing because, they don’t. However, one aspect that is quite common is the difficulty in being able to look at a situation from another person’s perspective. This is something that is difficult for all children. It’s just more so with autism.

Many times, it’s fully intentional and they truly are a bully. But sometimes it’s simply a lack of understanding that what they say and do is so hurtful.

I find, the best way to teach Cameron that what he says and does, while funny to him, could hurt someone else, is to show him from an entirely fresh perspective, as a 3rd party.

And that usually works to a point. He sees it, recognizes it… doesn’t truly understand it.

So when this part in the movie came on and he not only recognized the bullying but expressed his emotions about it, I was a bit shocked.

Of course this sparked a whole conversation with him about bullying and how bad someone can feel when you call them names or laugh at them but not as a lecture but rather, as something he was starting to understand and even explain back to me.

For any child, this is a great step. For a big brother, this is a momentous occasion, especially for his little brother. And for a child with autism… this is huge.

He gets it. And he expressed it.

I’m very proud of my boy.

“Having a child with Autism can mess with your head: You feel like you can move mountains for them yet you're powerless at the same time.”
by Stuart Duncan