Autism Study of the Month: Insensitivity to social reputation in Autism 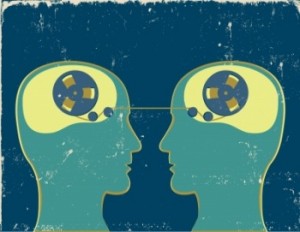 Insensitivity to social reputation in Autism

People act more prosocially when they know they are watched by others, an everyday observation borne out by studies from behavioral economics, social psychology, and cognitive neuroscience. This effect is thought to be mediated by the incentive to improve one’s social reputation, a specific and possibly uniquely human motivation that depends on our ability to represent what other people think of us. Here we tested the hypothesis that social reputation effects are selectively impaired in autism, a developmental disorder characterized in part by impairments in reciprocal social interactions but whose underlying cognitive causes remain elusive. When asked to make real charitable donations in the presence or absence of an observer, matched healthy controls donated significantly more in the observer’s presence than absence, replicating prior work. By contrast, people with high-functioning autism were not influenced by the presence of an observer at all in this task. However, both groups performed significantly better on a continuous performance task in the presence of an observer, suggesting intact general social facilitation in autism. The results argue that people with autism lack the ability to take into consideration what others think of them and provide further support for specialized neural systems mediating the effects of social reputation.

People are more inclined to make a donation to charity when someone is watching them… and less likely to do so when not being watched. In the case of persons with Aspergers or High Functioning Autism, this was not the case. They remained unaffected when a person did watch or did not watch.

This indicates a lack of need or desire for social reputation… or are unable to take into consideration what others will think of them.

This seems quite interesting to me because other studies, as well as general observation, indicates that depression, anxiety and fear are often quite common in those with Autism, as they tend to feel, not just a disconnect, but a general rejection from society. This feeling of being an “outcast” results in being teased, bullied and otherwise put down/insulted.

The resulting depression, anxiety and fear must surely be attributed to a very strong consideration of what others think of them.

Still though, a general “feeling” of how others think of you versus a need to build one’s own reputation are two entirely different things.

While much of what this study makes perfect sense, being very easily witnessed in many individuals with Autism, I still can’t help but think that this over generalization and lack of deeper study only serves to confuse matters more for those who try to explain Autism to the uninformed.