Reasons Why Obese Mothers May Have An Autistic Child

Pregnancy is the 9 month period during which a woman carries a developing baby inside her womb. This is one of the most important milestones that a woman can experience during her life. During the woman’s pregnancy it is important for her to maintain both a healthy diet and lifestyle because what she consumes or does will affect the baby also. Hence, a pregnant woman should try to maintain herself in the best possible physical state for her own benefit and that of her unborn child. 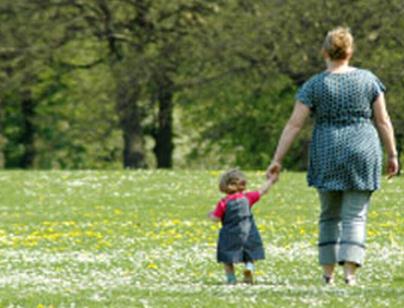 Autism is a medical condition that affects the behavior and social skills, as well as the language development of a child. It often appears before the child turns three years old. Basically, there is no cure for autism itself. However, early and intensive treatment can work wonders for an autistic child. There are a lot of possible risk factors which may lead to a child to suffer from autism. One such factor is when the pregnant mother is diagnosed with a metabolic problem.

According to studies, autism can be acquired by having a pregnant mother who is obese, or who has abnormal weight gain during pregnancy and has a metabolic disorder at the time of her pregnancy.

The reason behind a mother bearing a child with Autism

Medical experts have pointed out that mothers who have metabolic disorders or those who are diagnosed with gestational diabetes mellitus or diabetes during their pregnancies have a greater tendency to bear a child with autism.

Gestational mellitus is a state where a woman has a high level of blood glucose during pregnancy. This leads to the insulin receptor not being able to properly function and the pregnant woman becomes insulin resistant. The hormones that are associated with pregnancy interfere with the normal insulin action.

What happens in cases of gestational mellitus is that with the presence of insulin resistance, the glucose has difficulty entering inside the cell, resulting in more glucose in the bloodstream than normal. In combating this untoward scenario, there is a need to have more insulin. However, because of pregnancy, there is only a little insulin produced in a woman’s body which is not sufficient to able to accommodate the rising glucose level.

The high glucose level in the bloodstream can lead to the baby absorbing it and this will lead to there being too much glucose in the baby’s blood. This will affect the developmental stage of the baby which may be at high risk of acquiring autism if the medical condition is not corrected. Hence, it is important to prevent this occurrence prior to, or during pregnancy.

When a pregnant woman is healthy she is more capable of avoiding or resisting diseases that could affect her and her baby’s health. In addition, a healthy pregnant woman can enjoy life at its best without worrying about spending on medications or hospital expense for her health. Experts recommend that pregnant women invest time in keeping healthy and fit in order to avoid common health problems and enjoy their pregnancy.

Preventing occurrences of mothers giving birth to autistic children ban he helped by maintaining a balanced, healthy diet and lifestyle. Another recommended preventative action is for women to participate in regular exercise such as the 24 hours fitness regime or TRX training which can help in weight loss. Find out more information on TRX training and24 hours fitness at weight loss triumph. There is nobody better positioned to take care of an unborn baby’s health than its mother, but to do this, pregnant women need to care for their own health first as it directly affects the health of their baby.

← Two of a Kind
Association Between Maternal Obesity And Autism →