It’s a scary thought, it truly is, but there are parents out there, far too many really, that simply can not accept that their child has Autism.

If you can’t accept me, who will?

A child’s only wish is to make their parents proud. To receive praise for those first steps, to get a treat for remembering to tidy up, for getting a shiny new bike for doing well in school… but when your parents see you as broken, defective…. less than you should be… what message does that send to a child?

Whether a parent tries to fake it or not is irrelevant because a child that can not be accepted by their parents will always feel they’re not wonderful, they’re not worthy of acceptance… that no one will ever like them for who they are.

Acceptance is not giving up

The biggest misconception is that accepting your child for who they are is the same thing as giving up and doing nothing to help them. That’s the furthest thing from the truth.

Only when you accept your child’s disorder can you begin to move forward in truly helping your child overcome, excel and maybe even turn that disorder into an advantage.

Many people who refuse to accept that their child has Autism will also refuse to start therapy, treatments and such… losing valuable time, if they ever do come around to accepting it all.

Also, acceptance in finally believing that your child is who they are, how they are and that they are simply always going to be different can help you to adjust your strategies and methods in that you recognize the need to incorporate your child’s wishes, behaviors, activities and “quirks” into the therapies/treatments that you’re trying to use.

Until you stop forcing change on your child and rather, accept the differences and work with your child’s differences, you will keep hitting road block after road block.

Therapy isn’t meant to make it so that your child is no longer autistic, it’s to help your child succeed with Autism, not despite it.

Acceptance leads to self respect, self confidence, self reliance 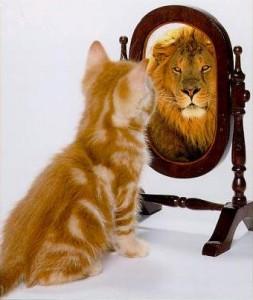 A child without his or her parent’s acceptance will grow up with self doubt, no self value and will always feel like they don’t belong… like they’re broken.

With acceptance though, a child can grow up to feel that they are respected and have real value to themselves and others. With confidence, children will feel more bold, more brave and more willing to take the steps necessary to becoming independent.

If you look at your child like they’re broken… they may never learn to brush their teeth. But if you love them for who they are (yes, including the fact that they have Autism) and begin to work with your child, with the Autism, you will find a way to have them brushing their teeth and you’ll find that way together, because you’ll work together to do it.

Acceptance is a place. It’s a moment in time. It’s a destination that will set you on an entirely new path, a beautiful path. It’s the end of negativity and the beginning of limitless possibilities.

Acceptance is the door that you need to open… step through and close behind you.

Move forward with your child, not against your child.

Your child can be perfect. All you have to do is believe it. Because they are. 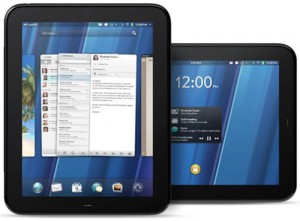 Does person first language indicate a lack of acceptance?

I tweeted this “People with Autism are not damaged nor defective. With your understanding, acceptance & guidance, their potential is unlimited.”

This prompted one parent to respond in agreement but also added in this: “my son is not autistic he has autism”

For some reason, this response kept me awake last night.

Do you truly accept your child?

I’ve never been met with person first language in agreement to understanding and acceptance of a child with Autism… somehow, it just really struck me as odd, like it was contradictory in some way. 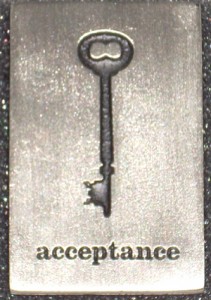 Acceptance is a funny thing, because it tends to mean different things to different people, or have different meanings in different situations.

For example, when my son was diagnosed with Autism, it took a little while for me to fully accept that diagnosis. I had to accept that he had a disorder, something that I couldn’t fix.

The funny thing about perception

It occurred to me that when a person pushes “person first language” on others, it’s because they do not fully accept their child. Well, more to the point, they don’t accept the Autism that is within them. To them, the person and the Autism will always be two separate things. That the person can’t be autistic because that would be accepting that Autism is a part of who they are.

So I asked myself why that is… which lead me to think of it another way.

Then it dawned on me… it’s because the parent would accept those skills… those “gifts”. Those are all clearly good things. There is no negative implications what so ever in regards to having those things be a part of who those children are.

But with Autism, there is a negative. There is a down side.

But it’s often negative. It’s not often thought of as a gift.

We don’t see a child and his musical ability as being separate, even though playing music is just an ability.

Meanwhile we do see Autism as being a separate entity, as not being a part of them, because it’s a disorder. While in reality, this makes it more a part of who they are than any one ability does.

What about those with Autism that use person first language?

I can understand that, I can sympathize. Still though, I think I could also argue that we have all felt that way at some point. Not to the same degree and not all of our lives, but at some point. Most likely when we were awkward, rebellious teenagers.

Anyway, the point is, while I can understand that feeling and the need to reject the cause of such heartache and struggles, I would also argue that at some point, that person could come to terms with their weaknesses, empower their strengths and move forward if they learn to love who they are, learn to love their unique perspectives and talents and learn to love every bit of themselves… including the Autism.

Many people hate who they are, this is especially true in autistics, but sometimes it only takes the right person, the right moment, the right miracle to cross your path to show you what there is to love about yourself.

Does that mean that people shouldn’t use person first language?

Person first language does have it’s place. And of course, I understand a parent’s need to believe that their child is their child… not a label, not a diagnosis.

I also understand that acceptance is far more complicated than simple terminology.

While person first language will never go away, and is not always black and white, and does have it’s place (such as in legal documentation, schools, governments, etc)… I do still believe that it can be a very clear indicator about a person’s level of acceptance of that person.

While not a guarantee, because some parents truly do accept their child through and through, Autism and all… and still prefer to use person first language… I do feel that in most cases, it does show where they are on their path to true acceptance.

I would ask of those parents; if your child, at some point, shows a sudden aptitude for music, and it’s due to their Autism… would you refer to them as a musician? An autistic? or both?

Think about this…  have you ever noticed that no one has any problem with the term “Autistic Savant”?

Have you ever heard anyone insist on “Savant with Autism”?

When it’s a good thing, no one has a problem with it.