Do what you need to do, I won’t sue

I often hear horror stories in the news, from other teachers and all over the internet about parents being in some epic battle with their child’s school or day care because their child had to be restrained, separated from others or other cases like that.

Most of the time, everyone sides with the parent in a unanimous cry of outrage in the complete and total mistreatment of their child. Most of the time, that comes with very little information as the schools are often unable to comment on the situation, same with any enforcement personnel. This means that we only have the parent’s information to go on.

I won’t argue however that most of the time, that’s all we really need. What’s wrong is wrong.

Still though, this creates a situation in society that basically ties the hands of those teachers and care givers should they truly have the right or need to handle a situation where those circumstances arise.

What I’m trying to say is, if you care for my child and he is in danger of hurting himself or someone else, please do restrain him. Please do send him for a time out, even to some other room if need be.

If my son hurts himself… in a private area… please do check it out. He’s hurt, he needs attention, give it to him. I understand that it’s not sexual, I understand that you have his and my best interests at heart.

If my trust is abused or my understanding is taken advantage of, I will hunt down the person and make sure that no one finds them until skyscrapers start going up in remote parts of northern Canada. 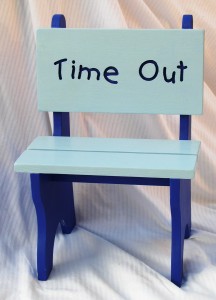 The reality is that when my son completely loses it and hurts himself or his little brother, or is breaking things, or is just generally out of control… I will put him in his room. I will drag him there if I have to.

And I fully understand… no, I expect… that anyone else that I have entrusted with the responsibility of watching him would do the same.

I won’t call it barbarism when someone does the exact same thing that I would have done in the same situation. I won’t give my story to the first reporter that will listen to me.

The reality is that I understand how it’s come to this but I also feel disappointed that it has.

Somewhere, lines have blurred… and it’s often due to those who take advantage of the situation or react too harshly to the situation. Those care givers who go overboard and actually hit a child, or do something else that is completely inappropriate.

There’s also the “not knowing” that we must face… since our children aren’t great at relaying the details, we have to just hope that the teacher’s telling the truth. And if they did do something wrong, what would be the likelihood of that?

In a perfect society, every person that comes into contact with a child would be certified do-gooders with halos and wings that could never do any harm… but there is no perfect society and that leaves us skeptical and scared.

But I refuse to hand cuff those who care for my children by never letting them do what I would do myself to ensure their safety.

If I wouldn’t do it, damn straight I won’t let them do it. But if I would take an action, such as dragging my kid, kicking and screaming to a time out… then I fully support his teachers/care givers doing the same.

I know a lot of parents won’t agree with me, or simply aren’t willing to let “strangers” do those sorts of things… I can understand that. But it is how I am and how I feel about it. If I don’t trust the person that my son is with, he won’t be with that person. It’s that simple.

The follow through. When disciplining, stick to your guns

One of the more challenging things to do is discipline your children… book stores and libraries could fill entire sections just with books on the subject, there’s just so many opinions, methods, taboos and other topics to be aware of.

The one aspect that almost all agree on, and is also the most tricky to accomplish, is following through with your threats.

For example, my boys would not go to sleep once in bed… I can’t keep separating them, I can’t let them stay up late and make life harder for their teachers at school due to them being over tired… what do I do?

Well, I certainly can’t threaten them with much in the here and now… it’s bed time, they have pj’s on, they’re in bed. What can I take away? What kind of time out could I give them?

The most obvious thing to do is to threaten to take away something they like for the next day… in my boy’s case, television, video games, treats… it’s different for every child as every child has something different they really love.

What ever it is that you decide upon, you must follow through. It doesn’t matter if you threaten to take away their favourite hat or their will to live.. what ever it is, you better stand firm on that the next day and remind them what you said, what they did and why you have no choice but to take it away.

All children are smart, all children are clever… they will learn very quickly what an empty threat is if you make one. If you threaten to take away treats the next day, you better do it.. no matter what happens that next day.

In the case of a child with Autism, it’s doubly true because depending on how exactly Autism affects your child (everyone is different), there’s a good chance that the one time that you cave, will be the one and only time that is retained with any clarity. What I am trying to say is, they’ll forget the 6 times you held firm and remember the 1 time you didn’t.

As you can imagine, something like that would make all future threats of discipline a very futile task, and they’ll tell you that too. “Go to sleep or I’ll take away tv all day tomorrow.” will be met with “No! No taking away tv tomorrow! I will watch tv so there!”

You don’t have to be ruthless, you don’t have to threaten to take away much really… so long as you stick to your guns. If you say it, you had better mean it. Because if you have no intention on following through, you’ll only be making things harder for yourself from there on out.

Autism is not an excuse for failure, it’s a reason to try harder to succeed

This is something I tell people all the time and my wife summed it up rather well the other day: “Autism is not an excuse for failure, it’s a reason to try harder to succeed!”

Too often I hear about people not going out because they don’t want to deal with the meltdowns or judging glances, or I hear about them just never trying to feed their child anything but what they will eat without a fight, or even worse… they let them get away with being rude or even bad behaviour because it’s easier than dealing with the backlash from discipline.

This child is still YOUR child! Your child is still YOUR responsibility. And no matter how violent, non-verbal or even how incredibly smart they may be… you are the parent and should be parenting your child. No it’s not easy sometimes, especially with Autism in the picture but no one said it would be.

I’ve written before about a comfortable rut, where you just continue along with what is easiest but in this case, I mean more than that.

I cringe every time I hear “sorry, he’s Autistic” come out of the mouth of a parent as an excuse as to why their child does something wrong or rude. It’s fine to explain that they’re Autistic and may be attributing to their behaviour, especially if it’s due to sensory overload or something of that nature, but it’s still not an excuse.

The simple fact of the matter is, if you never take your child out because you don’t think neither of you can handle it, then your child will never go out… ever. How can you expect your child to develop coping mechanisms, or to learn how to process all that information or learn how to deal with it within themselves… if they’re never exposed to it?? They can’t. They won’t.

So your child hits others, maybe a sibling… do you just accept it? Put oven mits on them so it doesn’t hurt as much? Or do you sit at your computer as long as it takes to find some possible solutions? Do you pound the pavement looking for doctors/therapists that have possible solutions of their own? Do you work with your child to find other outlets? Do you take them aside every single they do it, or just once in a while?

Being tired is not a reason for giving up.

Autism is not easy, even for the most gifted savants, they have issues that you and I couldn’t dream of… and life is not easy. But that’s not an excuse for failure. That’s not a reason for an apology in place of dedicated determination.

There are always exceptions to every rule, there are times when circumstances mean removing your child from a situation instead of disciplining… also it’s important to note that when I say ‘disciplining’, I mean anything ranging from time outs to simply talking to them about it.

You don’t have to be the bad guy (mean parent) all the time, you just have to realize that you can’t allow yourself to be a pushover and let your child get away with things they normally wouldn’t… just because they’re Autistic.

No matter how severe or high functioning your child is, there’s no easy ways out. You have to go into the public and face the meltdowns so that you can both learn how to handle and even avoid them better in the future. You have to stop them from hitting, whether it means constant talks, time outs or doing more research than you ever thought possible.

You have to do more, your child has to do more. No one ever got further in life by giving up. Autism is not an excuse, it’s a hurdle. A much bigger hurdle for some than others but a hurdle just the same. The bigger the hurdle, the harder you have to try to succeed…. it’s not fair, but the alternative is to accept failure, for now, for always.

“Autism means having more patience than you ever thought possible, in yourself, for loved ones, for others and achievements yet to come.”
by Stuart Duncan