Last year I wrote a plea to the Minecraft community to help those of us in the autism community on April 2nd to take a stand against bullying. I am doing it again this year. Why? Because we still need your help.

The response last year was incredible as many live stream gamers and YouTube video makers spoke up and shared their personal stories and explained to people the effects that bullying has had in their lives. Since then, the media has picked up on what has been going on as well and increased awareness to more than just our little community.

But we’re not done. Every single day on Autcraft (Minecraft community for those with autism and their families) we talk to children that are being bullied at school, bullied on other Minecraft servers and in some cases, they’re even bullied by their own parents that fail to accept that they have autism and the struggles that come with it. 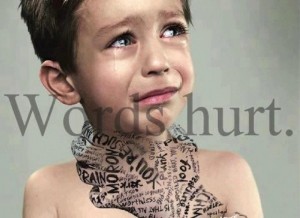 Some children miss days or even weeks of playing on the server due to the emotional stress and even sometimes due to the physical pain they suffer as a direct result from bullies. Some children come to my server angry having just been on another server where they were tormented and ridiculed… called “retard” and told that they should never have been born or worse, that they should kill themself.

Suicide is the third leading cause of death among young people, resulting in about 4,400 deaths per year, according to the CDC. For every suicide among young people, there are at least 100 suicide attempts. Over 14 percent of high school students have considered suicide, and almost 7 percent have attempted it. – http://www.bullyingstatistics.org/content/bullying-and-suicide.html

It breaks my heart every single time a child asks me for advice and though we talk for hours and they feel better by the end, the truth is, I have no real advice to give. I can’t make the bullying stop. I can’t make that pain go away for them. I know that no matter how I can make them feel in that moment that the next day they will just find themselves being bullied once again.

Almost all children encounter some form of bullying at some point, which in itself is a terrible thing to consider but what’s worse is that those with autism are far more likely to be bullied than anyone else. Not only are they more likely but the amount and type of bullying is often far worse as they are made to feel like they are a burden on society and even their own parents. They’re made to feel like they’re worse than worthless, that they’re a weight on the human condition and are bringing down the world just by existing. They are encouraged to commit suicide. They’re only kids.

Just yesterday, I heard that a 10-year-old in our community took his own life. I sat down and had a long talk with my girls. [My child], who plays on your site and has Asperger syndrome, was bullied so badly by a boy that the boy was given a cease and desist order not to go near her. Something has to change.

– From the mother of a child on Autcraft

Why are those with autism more likely to be targeted or treated this way? Well, because people with autism are inherently different from most people. They struggle to socialize and communicate in the way most people would and are often more prone to extreme emotional outbursts. The truth is, you know as well as I do that all it takes is a tiny spark of being different to make you a target for bullying.

Despite those differences, despite what people and more specifically, those bullies, may think, I see autistics in a very different way. Ever since starting my server, I’ve watched a community grow around a foundation of support, friendship, sharing and compassion. These kids are there for each other, they’re excited to see each other, they support each other in what ever their ambitions are and they work hard and play together better than any community I’ve ever seen before.

If I could open the doors to the world and let people see what I see, I think many people would be very surprised. It’s not at all what most would expect from kids that they think are anti-social, non-communicative introverts. That’s not them at all.

But once they leave my server and visit another server or go back to school or head to the playground… they’re not protected by that strong supportive community anymore and I’m the one that they come back too. Myself and my team on Autcraft, we’re the ones that these kids come too and unload all of their hurt and pain and suffering on. We’re the ones that hear all of the stories that the rest of the world doesn’t… but probably really should.

There is no reason that a child should be limited to just one Minecraft server to play on because of bullies. Children with autism, all children for that matter, should be free to play on the servers that they wish to play on without fear of being told to kill themselves, or to be tormented by griefers, thieves and constant PVP deaths making the game unplayable for them.

The Minecraft community is better than that. I know it is. But only when we speak up and don’t allow those few bad people to do these things. We must speak up. We must make them stop.

These kids can’t suffer in silence anymore. We can’t be afraid to share our stories and to take a stand against this.

So please, I’m begging you on behalf of my server and on behalf of the autism community… please take a stand against bullying on April 2nd, Autism Awareness Day.

If you stream live video, if you make YouTube videos, if you just happen to be on a Minecraft server chatting with others, if you blog or vlog… what ever it is you do, on April 2nd, please help me and help us to prevent this abuse and to save real lives.

I can’t do it. But maybe we can do it together if we work together.

From one Minecraft player to another, please help me.

“Acceptance is neither action nor inaction. It's a place. Once you find that place, you can begin to make real progress.”
by Stuart Duncan