When I started Autcraft, I did so to help out the parents on social media that cried out for someplace that their autistic children could play together without the fear of bullying or torment. On June 23rd, I told a small number of those parent and within two days, I received over 750 emails.

That was when I realized just how big this bullying problem really is.

Since then, Autcraft has kept thousands of children safe from bullies. But that’s not all. That’s just the start.

Children came to the server shy, scared and unsure of what to expect. Many didn’t speak in public chat for quite some time. You could say that it went as most people would expect of children that struggle with communication and social structures. Anxiety, fear and shyness were the foundation that most new players started their experience on the server with.

What happened from there is truly amazing. 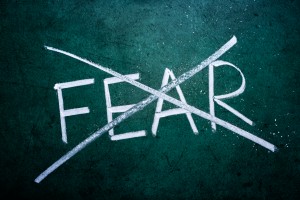 For the first time in their lives, they were free from the burden of fear. No longer afraid to be bullied or judged or embarrassed or even to fail, these kids felt safe enough to share who they are, what they like, what they think and they even felt safe enough to make mistakes. They weren’t afraid to spell things wrong or to say the wrong thing. They weren’t afraid to admit that they were interested in things that people elsewhere might tease them for.

As they spoke up more and more, their reading and writing improved, manners improved, their control over their emotions improved, they worked together to solve problems and learned from each other… the progress that they made baffled their therapists.

Many people credit me for this as I am the creator of the server but the truth is that there are many factors to consider.

Anonymity has always played a big part in how people behave online. But for these kids with autism, it isn’t the biggest contributor to their success. In fact, for most that have played on servers prior to Autcraft, their fears only grew. Constant bullying, frustrations and rage often meant that they couldn’t even participate much less find any enjoyment. This is why their parents reached out in the first place. It’s why Autcraft was created. Their anonymity did not help them there.

However on Autcraft, that same anonymity does help. In the game, they are an avatar. That’s it. They don’t have to think about the their body language, facial expressions, any fidgeting they might do or people making noises around them. In the game, they’re a collection of pixels as are the people they’re talking to. There is nothing to focus on nor anything to distract them. The social aspect is narrowed down and streamlined.

The second biggest factor is that I created the server based on a foundation of communication. Anyone caught doing anything wrong will be spoken too. We explain what they did wrong, why it’s wrong and better alternatives. Children are encouraged to confess so that things can be fixed and moved on from. They learn that we don’t get mad and that they don’t have to be afraid of us. They learn that we understand them and if not, that we want to. They become comfortable talking to us because of that understanding and they learn that being open and honest from the start is the best way to avoid having things get worse later. They are no longer afraid of making us angry, they are no longer afraid that they’ll be punished and they are no longer afraid to admit that they’ve been wrong.

So what is the biggest factor towards the success of all of these great kids? Themselves and the community that they’ve created. This community gets stronger and stronger all the time and it’s all in how they treat and support each other. Once the fear is gone and they start working together, nothing can stop them.

Once they are free to share their interests, they find other children that share those interests. No longer being afraid means that they don’t feel like they have to fake their interests to either hide or to seem like a desirable friend to others. No matter how much they think others might find their interests odd, there is almost always someone that also has that very same interest. Once they find each other, they teach each other new things and share new things and really start to grow and progress together.

They aren’t being taught how to read and write, they are actively trying to get better at it on their own and in their own way. They have a desire to do it because it excites them, because it makes things better for them. Before the server, it seemed like people were trying to force them to learn things they just didn’t understand.

When most people think of children with autism or even when they talk to children with autism, the child they think they see before them isn’t the true child. The person they’re talking to is a collection of fears and anxieties. The child may even simply be doing what they think you want them to do rather than what they’d do naturally. They present to you a facade that hides the real child deep inside. The fear of what you think of them, of how you will judge them and of all the ways in which they might do something wrong… these fears are preventing you from talking to the true child hidden within.

On Autcraft, within their community of peers, friends, supporters, brothers, sisters, in that place where these kids feel safest of all is where I get to see them for who they really are. They are strong, they are proud, they are funny and they are brilliant.

When you can strip away that fear, whether you overcome it or push it aside, when fear is no longer holding you back, you stand taller and you feel stronger. When you can do that, you find people that will support you, encourage you, be your friend and be a part of your team.

No matter your race, gender, sexuality, religion, political views or anything else, whether you have autism or not, no matter who you are or where you are in life… when you remove the fear from your life, you’ll find people that will join you and together, anything is possible.

Without fear, anything is possible.

Connecting with a child that has autism – which is real? Face to face or virtual?

Talking with some of the parents that help to run Autcraft, we had an interesting discussion about how some professionals or “experts” still don’t see any value in video games because, from their perspective, they are not “real.” But what is real? Is it a face to face conversation? How about a conversation via the phone? Or a video call? How about two avatars that represent ourselves that are face to face, talking?

When an expert talks about what is real, they come from the traditional, textbook approach to therapy in which the only way to truly understand and assess a person is via physical observation… being face to face. And many times this is very true. I wouldn’t want anyone trying to diagnose my children with anything without having met them at least once.

They’re not entirely wrong in that, from a virtual perspective, which is the one I’m most accustomed to, I find that it’s easy to almost sort of forget that the person you’re talking to is a very real person. When a player is acting out on my Minecraft server or behaving inappropriately, it’s easy to lose patience with them or become frustrated with them, especially if it’s an ongoing, repetitive behavior. Really though, if we had a webcam on them or were in the room with them to see the innocent looking little boy or girl who’s not understanding what they’re doing or on the brink of crying… we would approach the situation quite differently. Perhaps our patience wouldn’t leave us so quickly. Perhaps we’d better perceive the behavior and thus, the cause and solution for it.

Still though, having been talking to and helping literally thousands of children with autism over the last couple of years, I’ve come to realize that there is a very real benefit to not being face to face with them. By removing the anxiety, fear and shyness that can come so easily to a child with autism when face to face with anyone, much less a stranger, you can finally get to what is truly real… the child.

All children, especially those with autism, will likely take a very long time (if ever) to finally open up to you and reveal their true selves. Finding a way through their fear or anxiety or even just their desire to please you by saying what you want to hear, it’s extremely difficult to have a child reveal their true personality. Some parents are actually still waiting for this to happen from their own children, so what hope does an “expert” have just by insisting that what’s real is simply, face to face.

Having a virtual conversation means not having to think about your body language, facial expressions, eye contact, fidgeting, what the other person’s body language or facial expressions might mean, you can take the time to choose your words carefully and also you feel more free to just say what’s on your mind because… well, as ironic as all of this is… it feels like it’s not real! If it doesn’t feel real to the child (no human there, no repercussions, no one will ever know), then there’s no reason not to do and say what ever is on your mind.

So sure, maybe the experts don’t see it as real and maybe those kids don’t really see it as real either but for me, the guy in the middle of it all, I welcome that because I can use that finally get to what is truly real… the child’s real self.

Why does Autcraft make such a huge difference in people’s lives if it’s just a game and not real to so many people?

Well, because we all know the value in having someone to talk to. Someone that you can be honest with, someone that makes you feel safe and someone that you know that you can be real with. You can share your fears, insecurities, talk about feeling suicidal or even, talk about the wonderful things in your life, the things that make you feel great that you fear people might tease you for… you can share as much or as little as you wish too because you are in a place where you don’t have to be face to face to feel safe. And video games, in my case, my Minecraft server, gives many of these kids exactly that. A not real environment where they feel more real than anywhere else in their lives.

So instead of trying to figure out what is and isn’t real, perhaps instead you should be asking which interpretation of real is most important to you.

“Autism means having more patience than you ever thought possible, in yourself, for loved ones, for others and achievements yet to come.”
by Stuart Duncan