Picture this, if you will, as disturbing as it is: A woman sits in a hospital room with a fractured skull, broken jaw and leaking spinal fluid. Everyone knows who her attacker is but no one is doing anything. No arrests. No charges. The attacker is free to do as he pleases.

Well, the truth is that it wasn’t a woman. It was a 12 year old boy with Aspergers and his attacker was an older boy, in grade 8. Because this happened between kids in school and not adults, instead of being abuse, this is just bullying…. “just bullying”.

Wait, he has a fractured skull. He was almost killed. How is this “just bullying” when, if this was a grown man doing this to a grown woman, it would be abuse? or manslaughter? or attempted murder?

You can read about this in the news, although, it’s not easy to watch: http://www.cbs12.com/news/top-stories/stories/boy-aspergers-syndrome-hospitalized-after-bully-attacks-him-at-school-parents-23752.shtml?wap=0

You’d like to think that this is an isolated incident since we don’t read about this in the news every day but it’s not. This happens ALL. THE. TIME.

Let me break some of this down for you.

The core problem here is that bullying is very rarely, if ever, witnessed by a teacher. This means that even as a child is lying in a hospital bed, the only real ‘evidence’ anyone has to go on is a bully’s story versus a victim’s story. The school board “business heads” send a mandate down to the schools telling them that they can do nothing. They can’t make any statements, they can’t hand out any punishments. The most they can do is “investigate” which is to say, ask around and see if anyone else saw anything but none of that circumstantial hear-say really holds any weight either way anyway.

And so this becomes school yard bullying. A “normal part of school life” where both victims and the parents of the victims are powerless to stop or prevent it.

This is very similar to another phenomenon happening within hospitals around the world where doctors are having their hands tied while their administrators are forced to make decisions based on funding and stature. For example, several times in the past we’ve seen doctors refuse to do life saving procedures on good people with special needs based solely on the fact that they do have special needs and therefore, do not merit having their life saved versus someone else that might need the same procedure and does not have “anything wrong with them.”

Don’t believe that happens? I’ve written about it before.

Still though, I’m reminded of something that John Stuart Mill once said:

“Bad men need nothing more to compass their ends, than that good men should look on and do nothing.“

I sit and watch as parent after parent on social media cries out for justice, that the bully be charged, expelled or much much worse. (“if it was my child that he did that too…“)
But nothing is done. Nothing will be done. Schools will continue to sit on their hands, unable to make statements, unable to stop it.

To the teachers, counsellors, principals and everyone else involved at the school level, please help us.

I get it. The administrators sitting at the top, they won’t let you do anything. But I’m calling on you to do something anyway.
This has to stop. Now.
And the schools are holding all the cards to do that.

Until the schools all step up to do something more than assemblies or “anti-bullying awareness campaigns”, this will continue to get worse and worse.

Maybe the school board tells you no. Maybe you will get fired for it.
But do something anyway. Because the next child to fall victim might be yours.

If the person that did the bullying is not to be blamed, then surely those that stood around and did nothing about it are.

If a teacher can’t get away with breaking the skull of another teacher without consequences then a student should not be able to do it to another student.

Stop saying “just bullying” and let’s call it what it is. Abuse.
And let’s start treating it as such. 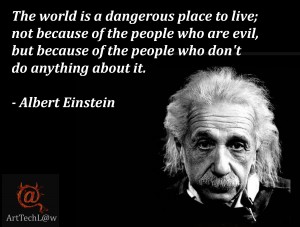 “I will let you use Autism to describe my child but I will never let you use it to define him.”
by Stuart Duncan