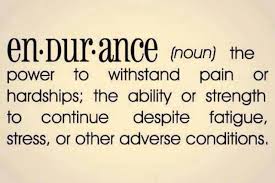 Since starting Autcraft, I’ve talked to a lot of depressed autistics, mostly children. Many of them were suicidal. This is not something I recommend for most people to ever try. It is a very heavy burden that can weigh heavy on your heart after a while.

I find that this happens a lot for me because I am the ideal candidate for this to happen to. I’m an autistic adult who’s still a kid at heart and once was a depressed autistic kid just like them. To say that I can relate is a massive understatement.

For those of you that watch The Flash, the new television series about the super fast superhero, you’ll totally get what I’m talking about here but if you don’t, don’t worry, I’ll try to explain. In the television show, there is The Flash who can run crazy fast but there’s also another guy, the villain, who they call The Reverse Flash. He runs even faster. The problem is, the good guys don’t know who this Reverse Flash really is until he slips up. In an effort to help The Flash run faster than he’s ever run before, he begins encouraging him by explaining to him how to reach those speeds, how to feel as the speeds take over him, how to handle the experiences he’s now going through. It was then that The Flash, our hero, realized who The Reverse Flash was because only he would know what it was like. Only someone that has shared those experiences could truly understand him.

In my case, these children that come to me to talk to me about their lives because they know who their Reverse Flash is… I can tell them what they’re experiencing, what they’re feeling and hopefully, how to get through it faster. I understand.

When they start to tell me how alone they feel, I can explain exactly what it is they’re feeling in words that they’ve never been able to before. When they say that no one understands them, I not only describe exactly how that feels for me as well but in doing so, I show them that there really is someone that understands them.

So knowing that, I’ve come to realize that there is only one common piece of advice that I give to most people that seems to help… and it’s the one thing that I wish that I could tell all young autistic children everywhere: “there’s an older you that needs you to endure this.”

When I think back to the younger me, I wish so hard that there was some way that I could just go back in time, to myself, just to tell myself, “I know it’s hard. And I know you never believe it when anyone else says it but maybe you’ll believe it from me, from yourself… endure this because it’s worth it.”

We’ve all heard “it gets better” but we all know that a child never believes that. Not when life is that bad. There is no one that can ever convince you of it. That goes double if you’re autistic. I can’t tell you why but if you are autistic, you know it.

But there is a future you, a happy you, a you that makes a difference in the world and is doing alright. And that future you, if they’re anything like me, would love nothing more than to have a chance to talk to you right now just to let you know that it’ll turn out alright, but first you have to endure this. And yes, it will suck. But as there’s a future you wanting to telling you this, you know that you can do it.

There are no time machines but even if there were, there are far too many autistic children that never give themselves the chance to meet their future selves. Perhaps if they could have, they would have seen for themselves that if only they can endure this… it will be worth it. 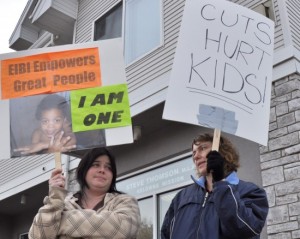 “Autism is the filter through which all my other senses must pass, both input and output.”
by Stuart Duncan