If my child was a flower 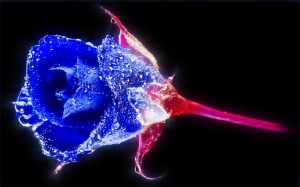 If my child was a flower… would he realize that he was different from the other flowers?

Would he know that even though he’s mostly the same that he’s different enough for some people to think he’s a weed?

If my child was a flower… would he hate being stuck where he is? Mixed in among the rest of the flowers, invisible yet obviously different.

Will he ever be given the opportunity? Will someone love him enough to discover what is hidden deep within him?

If my child was a flower… he would be a very special flower indeed. 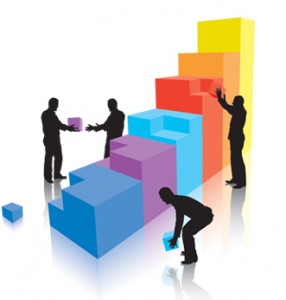 My son likes the good guys, but he just loves Rudolph and Dumbo

If you ask my son what his favourite characters are, he’d likely tell you about Mario, Woody, Buzz Lightyear and maybe even Mickey Mouse. Those are the ones he watches most often and really likes to pretend to be because they have bad guys to beat. They have someone to who’s always trying to stop them and no matter what, they have to be better than the bad guys. 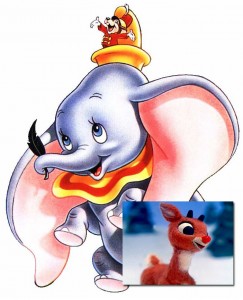 Still, you’ll never see him sit with such a wide eye smile and sense of pride as when he watches movies like Rudolph the Red Nosed Reindeer or Dumbo (the flying elephant).

You see, my son is 5 years old and even though he has Autism, he doesn’t really think of himself as different, like Rudolph or Dumbo would. He goes to a special school that has normal kids on the main floor and children with Autism on the bottom floor. He has other children with Autism around him, he has teachers and helpers with him the entire time and he has never even experienced bullying or teasing.

To him, he’s just another average boy doing average things and well, pretending to be Buzz Lightyear fighting off the evil Zurg (usually played by his little brother).

I tell you this because I often try to rationalize, to myself, why it would be that he’d identify with Rudolph and Dumbo so much. Don’t get me wrong, he doesn’t talk about them too much after the initial hour or two immediately following the movie but just the way he talks about them, the look he has… the way he remembered the details after the very first time he saw them… this was so different than most movie’s he’s watched.

So if it’s not that he feels different and can relate to them, then what is it?

Well, maybe he just sees it in me… I don’t have a mirror but I’m willing to bet that I exude some sense of pride in my own inner need to relate them. To think of my son as the one that could save Christmas or become the star of the circus if he just believes in himself. Maybe he feeds off my energy.

Perhaps it’s just that he likes those types of stories, he wouldn’t be the first. I mean, they are classics for a reason. It’s certainly not unheard of that a child, or even an adult, would like the underdog stories for the sake of how good you feel at the end, when it turns out that they’re not just different, they’re special.

Or, as has been proven to me time and time again, maybe he realizes far more than I suspect he does. Maybe he does recognize his differences from his many family gatherings, trips to see other children and so forth. Maybe he realizes that when we tell him that some foods will “bo bo his tummy”, that he is likely one of very very few, maybe even the only (in his mind) person who can’t eat those things.

I don’t want to get into the topic of when to tell your child they are different or that they have Autism, that’s for another post as I’m not yet at that stage but, I do still wonder just how much he really knows.

I never dismiss anything because I never underestimate him. He’s my Rudolph. He’s my Dumbo. No matter what anyone thinks, I believe that he can accomplish anything that anyone else can and more… I’ll never stop believing it.

When Your Child is “Too Different”, Even By Autism Standards

When Cameron was diagnosed, almost 2.5 years ago, we asked if it was Aspergers or something else and they just said “nope, it’s just Autism… he’s just on the spectrum”. They gave us the diagnosis in writing with numbers and information that made very little sense and were basically told that he is “moderate to severe”.

Later on we came to realize that, unlike most Autistics that don’t like to socialize, Cameron very much needed to socialize. In fact, he won’t even play his video games unless he has someone to play with him. He loves to have friends come over to play with him and he is always eager to share secrets and information with anyone who’ll listen. He’s what I call the anti-Autism boy. He only does things on his own when he’s overwhelmed and needs a break.

Now we come to therapy sessions where we’re told that he’s the “most inconsistent” child they’ve met… that he doesn’t like the things that every single other child they’ve dealt with does like, that he likes some things sometimes and not other times… they just don’t have any idea how to help him.

For the most part, I can’t complain too much. Cameron is a very well behaved boy, he is very smart and he has even been learning quite well how to reel back his emotions to get them under control.  However he does still have Autism. He does still need help.

It’s just frustrating not having answers… no ‘real’ diagnosis, no concrete solutions for therapy, no guarantees.

It’s funny though, if he didn’t have Autism, I think the last thing I’d want for him is to be normal, to fit the mold. I want my boys to stand out and be different. So maybe I just need to keep that perspective despite the Autism. Maybe it’s for a reason and maybe it has it’s purpose. I don’t know the future but maybe being so difficult to label is going to prove to be a good thing.

I don’t have answers but I do have hope.

“Dear Autism, you make things hard, not impossible. You overwhelm us but we learn patience. You separate but we unite. We will conquer you.”
by Stuart Duncan