Autism has made one thing easier: family listens to us

My wife and I were talking this week-end about how things have changed with our family, both hers and mine. In the beginning, as we found out that we were expecting our first child, we got a lot of the usual “get ready to get no sleep for the next 18 years!” type of remarks, as all expecting parents do. 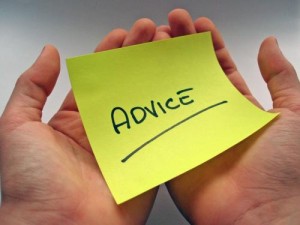 Then we faced the ridicule of wanting to keep up with todays standards in safety: “Bah, my kids never had to sit in a car seat and they’re fine!”

We continued to get the “we were parents long before you were” speeches long after our first child (Cameron) was born and even after our second child (Tyler).

Even when we began telling everyone of our Autism concerns, we still got all the ‘advice’ you’d expect, such as “some kids are just like that” or “he’ll grow out of it, stop being a worry wart”. What is a worry wart exactly anyway?

It was very frustrating because every parent wants to set limits, rules and boundaries for their children and we all know that grandparents love to spoil their grandchildren. But all family has this “we are parents too, we can spoil your kids, they’ll be fine” attitude and it can be very frustrating for parents that just want everyone to listen to your wishes.

Autism has a way of changing all of that because suddenly it puts them on the same level playing field as you… the unknown.

We found that all the remarks, all the advice, all the ridicule for our choices faded away in that moment, but never really left because what would parents (who are now grandparents) be if not supportive?

Even still, what really made the largest difference was when we were able to really make them “get it”… and for us, that defining moment was when they watched the Temple Grandin movie, or when they could find their own videos on Autism.

Once educated on just how very different it can be and how well versed they had found out that my wife and I had become on what is going on in the world of Autism, they really backed off.

Not just the remarks and such, but also on questioning our decisions. If we decide something is best for Cameron, or if we decide that he goes to bed at a certain time, or if we decide no one in the family feeds him without us being there… they do not question it anymore. They certainly don’t argue it either.

It has been a long and very frustrating road at times but it’s great knowing that finally, after all this time, they see that we are capable, that we do know what we’re doing and most of all that we not just like every other parent that’s had a kid.

To be clear, we still value input from our families and our own parents, but the fact that the questioning, doing things against our wishes and ‘spoiling’ is over… is so very much appreciated.. I can’t even put it into words.

The big shock, for me, is when other parents started coming to me for advice, which also comes with the Autism diagnosis, but that’s for another article.

← Do you carefully select which photos based on whether or not you can “see the Autism”?
Bullying: A real problem, some answers →