What does Pikachu have to do with Autism? Allow me to explain.

My son has recently gotten on board with the Pokemon craze that many of us parents so desperately try to avoid. It’s costly and annoying and the effect it has on children borders on an addiction.

Still though, I find myself strangely compelled by it myself as I found myself having a lot of questions about it. The answers, I’ve discovered, are really quite inspiring. 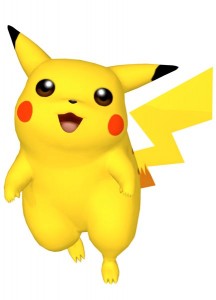 In the cartoon world, Pokemon are essentially the animals of the planet. Water, fire, plants, bugs, sky… you name it. Where we have living creatures on Earth, there are living Pokemon in their universe.

Pikachu is one such creature… he’s a cute little mouse like Pokemon that is an electric type, meaning that he can create thunderbolts and other such electrical attacks.

In the cartoon, trainers capture these Pokemon and train them to do battle. The Pokemon battle each other but are all generally very friendly. They battle, one wins, one loses… they celebrate after and go on their way.

What makes Pikachu the special one?

Well, to start with… Pikachu isn’t very powerful. In fact, there’s another Pokemon called Raichu that is actually an “evolved” version of Pikachu… a level up, if you will. And even Raichu is not very strong compared to many others.

In fact, there are some Pokemon that are believed to have created life, the universe and the rest of the other Pokemon. Some of them are deities over dimensions such as space and time.

So why does Pikachu get all of the attention? Well, he has one quality that the rest of the Pokemon do not have… a never quit heart the size of the moon.

Repeatedly in the cartoon and especially in the movies, you really get a sense of just how tenacious Pikachu really is… how he really would do anything for his trainer, for all people and for all living creatures. Over and over again, there are situations where all hope seems lost and this little mouse like creature just never gives up.

In one movie, Pokemon were pit against each other… not just to battle for the sport of it, but to hurt each other… and this one lone Pikachu refused to fight. He took hit after hit…. never once attacking back.

The truly amazing thing, once you get into the series, is seeing how this brave little guy with such a big heart influences his trainer… Ash. Ash is an egotistical little kid who thinks he’s the best… who thinks he can do no wrong… can never lose… and as the series goes on, you can see him become the human equivalent of Pikachu… a very brave, very determined, a very modest  boy with an over sized heat.

Wait, so what does all of this have to do with Autism?

Well, first of all, did you know that Pokemon was created by a man with Aspergers?

On top of that, I can’t help but feel a connection somehow… when I picture this modestly little, somewhat weak Pokemon besting some much stronger adversaries, becoming the most loved out of all of them, all around the world…. being a source of inspiration and wisdom for the one that is supposed to be training him….  I see a bit of that in my son.

My son might not be the strongest, fastest or smartest in the world… in fact, he might have a lot going against him, what many would see as weaknesses, but I know that he can over come any adversary or beat all odds so long as he never gives up and keeps his heart full of love.

My son isn’t Pikachu and I’m not his trainer, but he is my source of inspiration and wisdom… he is the one that has shown me how to be a much better person by being more like him.

The risks associated with having another child

Why did I leave Autism out of the title?

Well, that’s because there are far more risks to every childbirth than just Autism. There’s the chance of a still birth, cancer, down syndrome and a whole host of other disorders, illnesses, ailments and can have a child growing up in a hospital somewhere. In some cases, a death sentence. Some children are born with cancer that kills them 2 or 3 years after birth.

What a harsh way to start a blog post right? I know. But I think that sometimes we Autism parents can forget the realities of our situation… there are people out there who have it so much worse.

The reason for this post is that many people have concern over recent findings in a study that I covered earlier today on this blog: Autism Study of The Month: Recurrence Risk for Autism Spectrum Disorders: A Baby Siblings Research Consortium Study 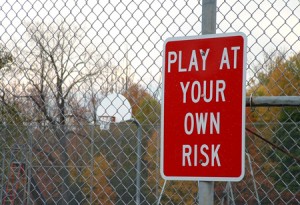 The risks of any younger sibling

That being said, that there are a large number of risks, you have to realize that any and all of those birth risks are possible in all births. That means, the first child you have has a risk.

Knowing that, any child you have afterwards has an increased risk.

How do I know that?

That’s actually not quite right, satistically but for the argument of this article, it’s close enough.

You essentially double your chances by having a second child because you took the risk twice. That increases every time you have another child.

That’s for anything and everything… not just Autism.

What does it say when you don’t take the risk?

So you don’t want to take the risk of having a second child with Autism? Have you ever asked yourself: “Why is that?”

Let’s not pretend that having children with Autism is not hard and it certainly does cost a lot… we all know that.

But is that the real reason? Or is there something more to it? Let me put it this way: If you did have get pregnant a second time and discovered the child would be born with Autism, would you have an abortion?

Take some time to really think about it… is there some level of denial there? What does this say about your acceptance of your child with Autism?

For me personally, I love my son with Autism, not despite Autism. I think he’s amazing and has taught me a lot more in 6 years than I did in the 30 years prior.

Having a second child with or without Autism just does not seem like a risk to me.

I’ve had a few people on Twitter ask me what I thought of the recent findings… they asked me if I would take the risk or avoid the risk.

My response was this:

Decide whether or not to have another child with your heart, not your fears.

Weigh the pros and cons, I’m not saying that there are no financial responsbilities or unforeseen risks that may arise but be aware that those finances and risks are always there, regardless of siblings or studies.

If no one had children for fear of the risks.. there would be no children.

Conversations between a boy, his brain and his heart

During dinner tonight, Cameron (my 6 yr old with Autism) began to explain that he did bad things yesterday because his brain told him too. His brain gave him the bad ideas and he had to listen to his brain and so that is why he did those things.

It was at this point that I decided to introduce Cameron to his heart. 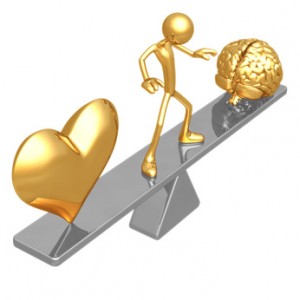 I told him that there’s another voice inside him that makes him feel if something is right or wrong. It doesn’t make him want to do anything but it does tell him if what he’s doing is good or bad… right or wrong.

Cameron: “How do you listen to your heart?”

Me: “Well, it doesn’t really speak to you… it makes you feel.”

Me: “Does your heart tell you it’s good or bad if you don’t eat supper?”

Me: “So even though your brain wants to go and play, your heart knows that you should stay and eat, right?”

Cameron: “I should stay and eat! I should listen to my heart!”

Cameron: “So I have to make my heart tell my brain?”

Me: “No. Your brain tells you what it wants to do and your heart tells you if it’s a good thing or bad thing. Then it’s up to you to decide if you want to do it.”

Me: “Yes. Do you remember when mom would give you two shirts to choose from when you got dressed in the morning? She’d ask you ‘Do you want this shirt, or this shirt?’ and you got to pick which one you wanted?”

Me: “Well, your brain will want to do things and your heart will make you feel good or bad about it… then you get to decide ‘Do I do it or do I not do it?’”

Cameron: “I get to decide?”

Me: “Yes. That’s why you should always listen to your heart.”

I finished eating first but a short time later, Cameron left the kitchen table with a huge smile, went straight to his mom and said “Mom, guess what!? I finished all of my supper because I listened to my heart!”

He was so proud.

A little while later his little brother was getting into a little bit of trouble, so Cameron pulled him aside and said “Tyler, you have to listen to your heart! Then you won’t get in trouble!”

This isn’t the first time that he’s explained to us how his brain thinks up the bad things and he just has to do them. But until now, I really had no way to handle that sort of thing. A 5 year old with obvious language/understanding deficits can only be reasoned with so much.

But now…. he’s such a proud 6 year old. Still with deficits, yet wise beyond his years… and so very bright.

I have complete faith that, even though he’ll still get into trouble like any boy should…. he’ll never forget how important it is to listen to his heart.