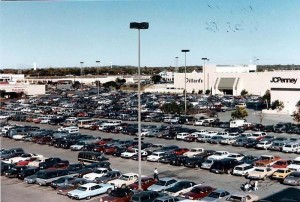 The dangers in trying to define the “face of Autism”

I’ve found over the years that the real trick in raising Autism awareness is in describing what it is to people. It’s such a diverse and complicated subject that we can find that we end up contradicting ourselves, confusing our listeners or worse, simplifying it (dumbing it down) so much that it really doesn’t do it any justice.

In my opinion, ‘spectrum’ isn’t nearly vast enough to explain all of what Autism can encompass… perhaps Autism Universe Disorder would have been more accurate. I actually read one time where some doctors said that “cloud” is more accurate than “spectrum” since it suggests a 3 dimensional range of possibilities.

The real problem with it being so varied is that for most of us, our own loved ones (usually children) are our point of reference. We watch the movies, read the books and do the research but the one we care about, right in front of us, is the true face of Autism in our world.

From there, we branch out to become supportive of each other, to share stories and advice and prove to be quite successful in that endeavour but ultimately we all eventually find that one person that sees Autism in a very different light than we do.

Whether we find our children to be amazing people with limitless potential or we see our children as being extremely low functioning victims of a life long paralysing disorder… we’ll find others out there that see Autism quite differently.

The real danger in this is that one will feel pity for the other, or resentment, or jealousy, or… well, you get the idea. A conflicting opinion of something of such epic importance in our lives can make for a very heated discussion if not handled with care.

To illustrate this point, I bring up a well known video that Autism Speaks once produced, where it tried to paint a picture of what Autism is.. giving it not just a face, but a rather eery voice:

The real tragedy in this video is that it ever tried to put a face on Autism in the first place.

You see, 3 years ago, I would have watched that video and understood quite well what they were attempting to do… but today, for me, this is the face of Autism that I see:

I do my utmost best to not offend people as I understand how hard it can be if your child is unable to talk to you or show that they love you but I can also understand if your child is memorizing Pi to 20,000+ places. It’s a very wide spectrum… a universe wide!

The next time someone asks you what Autism is, do your very best to explain it clearly, concisely and without bias. Not for my sake, but for your own as well as the people that might hear/read what you say.

Our children are not a victim of a scary voiced predator nor are they endowed with super powers making them superior to the rest of us. But they are somewhere in between… and it’s a pretty big space in there.

The face of Autism is as unique as the face of the person that you see it in.

“Autism is the filter through which all my other senses must pass, both input and output.”
by Stuart Duncan