The autism glass of water, is it half full or half empty?

This awesome illustration crossed my Facebook timeline today and I just knew that I had to use it. I’ve been struggling with a post all morning about this very thing and sometimes finding the words to make a point can be much more difficult than you’d think. 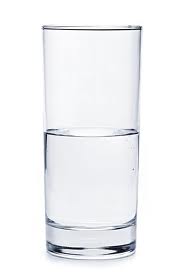 A psychologist walked around a room while teaching stress management to an audience. As she raised a glass of water, everyone expected they’d be asked the “half empty or half full” question. Instead, with a smile on her face, she inquired: “How heavy is this glass of water?”

It’s important to remember to let go of your stresses. As early in the evening as you can, put all your burdens down. Don’t carry them through the evening and into the night.

Remember to put the glass down!

I have been reading posts recently on blogs and on Facebook where people are tired. For what ever reason, they’re tired and don’t have much energy to go forward.

At first, these people managed quite fine. Ignored the haters, found more resources, got better advice… they kept pushing forward.

And it’s because they’re tired. Rightfully so.

When I write, as do many, we ask for these people (and all people) to think of their glass as half full. To look at the positives. To ignore the negatives. As I write, I try my utmost to find the positives everywhere, even if what I’m writing about has a darker, more serious and even negative tone to it.

But the truth is, whether your glass is half full or half empty, that glass begins to become very heavy over time.

You need respite. Not necessarily the kind you just imagined when you read that word but you do need rest. You need to put the glass down. Even if you put it down for 5 minutes every hour, you’ll find that you will have the strength to hold it for the next hour much more easily.

Whether that means taking a break from blogging, Facebook, having a night out without the kids once in a while… what ever it is that gives you the opportunity to put the glass down. Ideally, you should be getting a good night sleep (how ever many hours that can be for you) and waking up with all the stresses of the previous day behind you.

What I’m saying is, positive or negative, good or bad… stop thinking about how it may affect you over time and recognize that it does. It really does.

If you do… when you do… you’ll find new energy, a new perspective and extra strength to pick the glass back up and carry on, should you choose to. For example, blogging or Facebook. Some people feel so much stress lifted that they never do return to it and that’s ok too.

Remember, it’s not the weight of the stress but for how long you carry it.

Don’t give up. Just remember to put the glass down.

What my autistic child wishes for you to know

What does my autistic child wish for you to know?

What? You were expecting me to say that he has special needs, he sometimes needs a little extra patience from you, a little less judgment, that sometimes he really is so focused on something that he doesn’t hear you, that sometimes he has meltdowns that may seem to be happening for no reason to you, that he’s not really like that guy in the last Hollywood movie or TV show you saw that had some guy with autism?

See, you already know those things. Even if you don’t know much about autism, you know those things. It’s why you expected me and anyone else who writes a “what my autistic child wants you to know” article to list things like that, maybe in hopes that we’d mention something new or say something in some new better or more enlightening way. 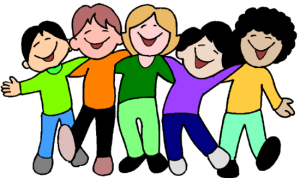 When I go to my kid’s school and see other children, they say “Hi Mr Duncan!” because they know me. Some can’t speak and give me a wave. It’s because I help them when they need it. Because I smile at them and for them, even when it may seem like they’re not looking my way. Because I see a child. Not a troubled child, not a special child, not a slow child, not a disabled child…  just a child being a child.

I could argue that because my son has autism, it’s made me a better parent and even a better person in general because all of those things you thought I was going to say about autism, while true, have helped me to realize that those are all things that I should be applying to my other child as well and to all children.

So I’m not going to give you a long bullet point list of behaviors, clinical mumbo jumbo or anything else because there’s a bunch of those articles already out there. And even though I’m not doing that, I do encourage you to find them and check them out. More than one, as they all have something the others don’t.

And then when you’re done reading them, consider this… how can you apply what you now know to all children?

So stop looking at a child as “weird” or “not normal” or as “a problem” and stop thinking about how terrible the parent is because the child is not as you would expect them to be. Because yes, that child may have autism but you know what, it doesn’t matter.

Because a kid is a kid. And when you learn how to best understand, accept, respect and encourage the most needing of children, you can then apply that to all children.

They’ll be better off for it and so will you. 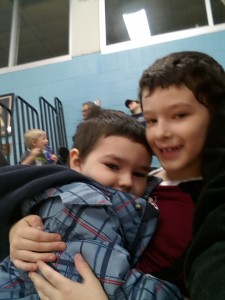 I am writing this because I’ve had quite a few people ask me if I want my son to be an advocate like me or what I would hope he’d say. I thought this would be a good time to address those questions.

If you’ve read anything from me in the past, you likely expect the answer from me to be something along the lines of “a positive role model that is respectful and understanding of everyone.”

And yes, should he truly wish to speak up and raise awareness, understanding and acceptance of autism, that is pretty much the exact type of advocacy that I would love to see from him.

I understand that some advocates take the “fight for our rights” approach and that is very much needed as well. I won’t lie. Yes, some get caught up in the battle and it becomes hateful and negative… but this isn’t about that right now.

There’s more kinds of advocacy too. As much as some might disagree, those that fight for health care changes, particularly those surrounding vaccines, are advocates as well. Those that fight to cure their now adult sons and daughters that are still living at home or in a home, they are advocates.

There are even some self advocates that wish to be cured of their own autism. They are self advocates all the same. Even if they might not be sharing the sentiment of the “majority.”

I’ll love and respect my son and be very proud of his efforts no matter which approach he takes.

However, the honest truth is… and it’s kind of hard for me to admit is… I sort of hope that he doesn’t get into the whole thing at all.

That’s not to say that I’ll be disappointed if he does. It would be pretty awesome if he does because I think he can do a lot to improve things.

But I kind of look at it like how we shelter our kids from the 6 o’clock news. Because they don’t need to know about the wars, the murders and the state of our economy. They are happy. Carefree. The world reaches as far as their furthest friend’s house down the street and the worst thing that could happen is that they drop their ice cream cone in the middle of summer.

A self advocate (or even a parent of a child with special needs for that matter) that lives their own struggles, battles and daily disappointments and achievements will have enough in their lives to keep them both busy and content too, depending on how that day goes. For most people, that’s more than enough.

The advocacy world seems pretty great at first, getting positive feedback and support and reaching more and more people with each day’s effort you put forth. But at some point, it changes. You start reaching haters, who “come after you” where ever you may be sharing your thoughts. You get people who don’t just disagree but disagree via attacks and threats. You get people who expect more from you whether it be more effort or more time.

The best advocates are the ones that can deal with these things either by tackling them head on, rising above them or by simply paying no attention and doing what they do regardless.

But it’s taxing. It can wear you down and make you tired.

And at some point, invariably, you start to wonder…. what’s the point?

Do I hope that, should he become a self advocate, that he’ll have the strength and wisdom to over come these hurdles? Of course! I hope I can be strong enough to help him be ready should that time come or to be there for him at that time. I hope even more that he can be a self advocate and not need to experience those hurdles at all.

But the honest to goodness truth is, I would kind of rather him just not need to get to that point.

I’m one of those parents who, probably blindly and even wrongly, wants to shelter his kids from the evils of the world. To not ever have to hurt. To never know what terrible stuff is really happening out there.

But they will. One day, many days… they’ll be made all too painfully aware.

And avoiding the advocacy world won’t stop that. But it will help him to avoid extra hardships. Some extra hurdles that he need not worry about.

Not much would make me more proud than seeing him pick up a metaphorical sign (or a real one for that matter) and fight for himself and others like him, for what ever reasons and in what ever manner he chooses. I believe that he would inspire many and do great things.

But I’d also be quite happy and every bit still just as proud to see him go about his life, focused on what matters most to him, what ever that may be.

Because in the end, that’s what this is all about. Being accepting of what others do, even if it’s not what we did, or what we want them to do. To let them be their own person, whether it’s some other advocate or someone that refuses to be an advocate.

Because if my own advocacy is to mean anything, if it’s to have any value at all, than it has to start with me.