An ode to the single parent

I’ve known a lot of people that are single parents. Actually, I think these days, we all know quite a few. It’s a very sad fact that marriages are breaking up more frequently than ever… with or without children. I’ve known some single parents that seem to just continue along as if they never lost their spouse and then I’ve known others that simply fall apart and can’t handle it.

Being more involved in the Autism community lately, especially through social media such as Facebook and Twitter, I’ve encountered even more single parents that don’t just deal with the every day parenting issues but with much larger issues… special needs children.

In them, I see so much turmoil, so much despair, so much anxiety…. and so much strength.

I’m getting ahead of myself, but when I talk to single moms (there are so few single dads, and with good reason), I am often talking to them about how they wish they could find a man, or had a man that would do the things that I think of as just every day chores, every day average things to do… such as dishes, laundry, cooking.. even playing with the kids.

You see, often times there are single parents living with a husband or wife. In those cases, the mother (or father) is doing all the parenting while the other person has little to no involvement. Yes they have a spouse, but they’re still a single parent. And to those who live in a marriage like this, I write this to you as well because you deserve to know this too.

I like to help out around the house and I really love to play with my boys. And when I share these things, I often hear words of envy or even sorrow from single parents that really makes me sad. Yes, because I feel bad for them but more so that they should consider me above average or ‘unusual’ in that I do all the things that I really think that should be what average men do. 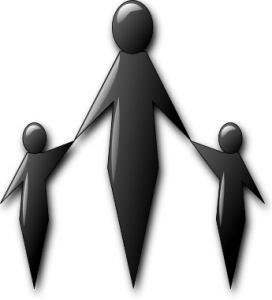 As a parent, I know how hard parenting can be.. as a parent with a child that has Autism, I know how hard that can be. And when I think, that even if I very generously gave myself a 50% in the ‘holding my own weight around here’ category, that’s still only HALF of it all and I would be the first (if not me then my wife certainly!) to tell you that 50% is more than generous. I do my fair share but my wife is the true rock of the family.

To stop and think, even for just a moment, what it would be like to take on 100% of it, is almost too much to comprehend. I simply know, completely and truthfully, that I could not do it. I can say, with absolute honesty, that I couldn’t do it.

Don’t get me wrong, I love my boys to death and I’d do anything I could for them but I know my limitations. I just can not juggle parenting and work and special needs issues and everything else entirely on my own. I’d hit a breaking point eventually.

Here’s the thing… I think it’s safe to say that I speak for the majority of people out there. Most people, with the state of the world as it is today, could not handle being a single parent. And earlier I said that there are so few single fathers, it’s not that I am saying it’s not possible, but I think that men are simply less capable of doing it then women are.

What I’m trying to say is that these women, and some men too, that tell me that they need help, they can’t do it anymore… I see them as the true inspiration, the true warriors. They don’t need help, they want help. They can do it because they have done it and are doing it now. Some help would make it easier, some help would give them a much needed break but even if they never get help, I know full well that they’ll continue on being a great single parent without it because they’ve already proven they can.

We all have our failures, and sure, a single parent may have more than a co-parent might… but the successes they have are theirs alone. Think about it… toilet training? My wife and I were a team… racing to be in there at a moment’s notice. Doing that alone? Sure, we could have, but it would have been far more difficult. Late night illnesses, temper tantrums, refusing to eat, sporting events, first dates…. oh the list goes on and on. But you are reading this, you already know the extent of the list just as well, or better, than I do.

Single parents have tackled these things all by themselves and do not look forward to having to tackle the next ones… because they will be very hard to do all by themselves, but they’ll do it! Just like they did the last ones. And I couldn’t be more proud.

Are you a single parent? Do you have a husband or wife that doesn’t help? I am very sorry that you have to go it alone but please, never ever doubt yourself. You’ve done it, you’re doing it and that’s proof enough for me that you can keep doing it if you have to. Help is out there, but even if it never comes, know that I am proud of you. I am amazed by you. I sit here knowing full well that I’d never have even made it as far as you have and no matter what you might think of all the things I do around the house to help… you are my inspiration.

It’s because of you that I help my wife as much as I can… not as much as I do, but as much as I can. You inspire me by showing me what true parenting really is… the determination, the self sacrifice, the iron willpower to always be there and to always do anything and everything that you have to do for your children no matter what.

I have faith that everything your child may lack from having that second parent is more than made up for with the amazing role model that you are before them… that they will grow up to know exactly what a true long term commitment can do and what devoting yourself completely can make you capable of.

Believe me when I say, with no offence intended, that I really hope that I never have to go through what you’re going through but that’s only because I know I’m not as strong as you are. Don’t ever give up and more importantly, please believe me when I say you don’t “need” help, but rather you “want” help. Because when you make it a need, you become desperate and start to see it when it’s not really there.. possibly putting yourself in a worse spot than you were before. But that’s a whole other topic.

I sincerely hope you do not have to go it alone for much longer but for however long you do continue to be a single parent, know that I am proud of you, your children are proud of you, all of us parents could learn from you, not the other way around, and that no matter how hard it may seem sometimes, you can do it. You’re all the proof you need.