There is a great deal of confusion surrounding the terminology simply because of how vague it really is… what exactly is “low functioning” or “high functioning”? Is it to be measured the same as the wattage of a light bulb or the complex calculable abilities of a computer?

For many people, as it pertains to Autism, it can simply be the difference between speaking and not speaking.. for others it can be a difference in perceived IQ levels.

Personally, I’ve always thought of the terms as indicators as to the level of one’s ability to be independent. Can they shelter, feed and provide for themself? Can they maintain a job? Can they “function” in the world on their own?

Whether or not that means using a device to speak for them, high or low IQ levels… what ever. It doesn’t matter… so long as they can live independently, they are “high functioning”. If they can not, they are “low functioning”. I don’t maintain that this is the correct way to think of these terms but simply that it’s how I think of them when I hear them or use them myself.

The reality is though that whether or not you agree with this form of terminology or not, you’re going to have to get used it. As of 2012, the discussion is no longer what it means or how to use it but whether you are using it pre DSM-5 or post DSM-5.

Up until the DSM-5, the Autism Spectrum Disorder has always been a list of common disorders such as Autistic Disorder, PDD-NOS and Aspergers Syndrome, which was added in the DSM-IV (IV is the roman numeral for 4).

That means that there really is no low or high level… there’s simply a different disorder to fall into. If you could live independently but struggled socially, you had Aspergers. If you had more severe impairments which left you dependent on others for life, you had classic Autistic Disorder. Others that fell somewhere in the middle would often be PDD-NOS (Pervasive Developmental Disorder – Not Otherwise Specified)

That’s a very general description, it’s far more complicated than that but does give you a good idea.

This is where “low functioning” and “high functioning” terms often become a point of contention among experts, autistics, parents and everyone else.

As we progress further and further, we have become increasingly aware that many people that are unable to speak are actually able to communicate quite well once given the means too.. such as an iPad or “voice box” which can modulate text into speech.

We’ve also come to discover that just because an autistic may score low on a conventional IQ test, they may actually still be very smart. In fact, they could be brilliant. It’s just that the IQ test as well as the communication before, during and after was not done in a manner that was understood by the individual.

So labeling a person as “low functioning” because they could not speak or scored low on an IQ test was very much an inaccurate and inappropriate use of the term.

The DSM-5 will be wiping out many of the individual disorders within the spectrum and replacing them with levels… 3 levels. These 3 levels will essentially make up exactly what we will come to know as “low functioning” and “high functioning” and then.. one level somewhere in the middle.

If you don’t believe me, you can look it up here: http://www.dsm5.org/ProposedRevisions/Pages/proposedrevision.aspx?rid=94#

While this will once again open the terminology into very vague misinterpretations, especially for those that have never even heard of, much less read, the DSM… it will also attempt to very much define exactly what “low” and “high” functioning is supposed to mean.

Which means that most people won’t know what these levels mean but if someone does use the terminology incorrectly, you’ll now have something to point them to.

I understand the frustration when you read or hear someone using terms like this incorrectly.. or at all really. But at this point, we’ll all have to get used to it.

It’s coming, one way or another. The only difference being that it’s a little more defined. And now there will be three instead of just two.

So the next time you see someone using these terms, check for their accuracy against the actual DSM-5 records… if you can’t stop people from using them, you might as well try to get them to use them correctly. 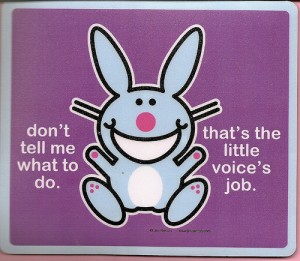