Autism Numbers – Just how many people are being diagnosed with autism anyway? 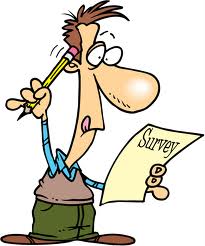 A recent survey just came out (March 19, 2013), although the news is calling it a “study” which gives it more importance. That survey is abuzz around the world as people are now telling each other that the autism prevalence numbers are at 1 in 50 school children.

Very quickly, people took to social media in shock and dismay at these new alarming numbers. Some were even more scared than before of their environment, some were mad that the numbers were so high and yet being ignored and others shouted out “I am not a number!”

Still though, it’s just a survey. A phone survey.

A margin of error

In this survey, they phoned some 95,000 parents and of those, only 25% actually participated. And even then, chances are that only those with children that were diagnosed were inclined to take the survey seriously. Oh and let’s not forget, not all parents have photographic memories or even know as much about autism as they may claim to, so there’s that.

The big thing to take away here is, it’s just a phone call to some parents. They didn’t ask for nor look at any medical records or talk to any doctors or officials. They didn’t compare what a parent said to actual facts or reports. It was all based on the honesty system.

Now, that’s not to say that the numbers aren’t still alarming or even worth taking note of but for the media to make a big deal out of it… not so much. The truth is, the CDC probably should never have released such an unscientific piece of info as this in the first place.

This places into question the other studies, such as the one that found that 1 in 88 children are on the autism spectrum.

This one was done using medical records and in talking to professionals. But still, how accurate is it? Certainly more accurate than a phone survey but still, it still has a rather large margin for error itself.

Consider this, many people (children and adults alike) still go undiagnosed or even misdiagnosed. I’ve had two people, just this month, message me asking about getting assessments. One person, an adult, said that they are trying to charge her $1400 to do it. She can’t afford that and will likely go undiagnosed.

Another person, a parent of a child, said something similar. Because of where she is, they want “thousands” to do an assessment on her child. Again, that’s just not feasible.

Where I live, very remote, it’s actually quite difficult to get an assessment and even harder to get services simply because of geography. There are no major centers nearby.

Then you have the, all too familiar, doctors that seemingly either diagnose every child they get with autism to help them get access to services or never diagnose any children because they don’t want to contribute to the mass hysteria and hype.

There’s also the issue of getting the referrals for the assessment in the first place. I vividly recall telling my family doctor not once but twice that I wanted an assessment for my son and both times he insisted that my son did not have autism. After I returned with the official diagnosis, I gave him a book on what autism is. He is a good man, he read it.

But these cases are quite common. And should be considered.

Yes, it’s far easier to get a diagnosis now than it was 20 years ago and yes, some doctors are all too happy to hand out diagnoses like they’re Aspirins but the fact remains that as much as it is easier, it’s still not easy.

Many people still face a multitude of hurdles and even if those are met, there’s no guarantee that the diagnosis is a correct one.

And so the CDC sends out a team to pour through the paperwork of this whole mess and make some sense of the numbers.

The result, as I said, is far more accurate than a survey with random parents but it still has it’s own margin of error.

On the plus side

So what good can come of wrong or even inflated (maybe even under-estimated) numbers?

Well, services for one.

Many times these alarming numbers can spur a person into action, giving them the drive and motivation needed to start a new program and provide a new service that was lacking before. They see this large number of children that need help and they decide that something has to be done.

Sometimes, rarely but sometimes, these numbers can even push autism up as a priority during government meetings and help in funneling a little extra funding towards the autism community.

One thing it most definitely does is raise autism awareness. Even if it’s very negative, in the form of fear, it still prompts new parents to find out more. And that can lead to an earlier diagnosis for their child and as we all know, early intervention is key.

A grain of salt

Shutting them down may prevent some services or information from ever being out there but promoting these things may also perpetuate unnecessary fear and maybe even harm, if it pushes more people to stop vaccinating or even from having children at all.

Think of it this way… it’s just a bunch of egg heads fiddling with numbers and proving… nothing.

And the media is doing its best to turn it into a news story that will get you tuning in.

When you see it for what it is, it doesn’t seem so bad.

I’ve been receiving a lot of emails recently, people offering me copies of movies, products to review, information on charity events, surveys or new book launches… it’s very obvious that it’s a busy month in the Autism community!

The Autism Program of Illinois (TAP) is conducting an online poll concerning autism awareness and government policy. It’s only 3 questions, so please take a moment to give your input here: http://www.theautismprogram.org/

On Saturday, April 30, the Tucson Autism Community Center is hosting its annual Autism Charity Golf Classic at the beautiful Tubac Golf Resort & Spa. The special guest will be Rodney Peete, NFL veteran quarterback and author of recent acclaimed book, “Not My Boy! A Father, A Son, & One Family’s Journey with Autism.” The book highlights Peete’s family’s experiences raising a child with autism and is told from the often unheard point of view of the father. All proceeds for the event will benefit the Tucson Alliance for Autism (TAFA). The weekend will incorporate other autism-related events as well.

The tournament will take place at Tubac Golf Resort & Spa, a luxurious hotel with a state-of-the-art golf course (“Tin Cup” was filmed there) and world-class spa.

The truly remarkable part is that it’s not in crayon… there are some cartoons though.

This book takes a look at Autism from a father’s point of view but it also incorporates humour as it demonstrates that there really is a lighter side to Autism sometimes.

The book includes some of his blog posts from http://www.bigdaddyautism.com, some of his cartoon work as well as contributions from many other parents around the Autism community.

Read more about it and buy it here: Big Daddy’s Tales From the Lighter Side of Raising a Kid With Autism 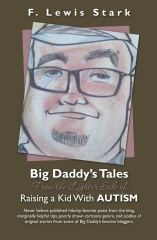