Attempted murder – Seeking justice both after and before the fact 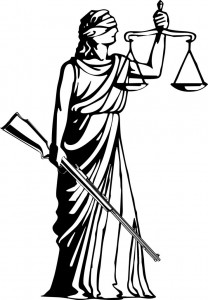 There seems to be two reactions to the Stapleton story:

1. The search for justice and the need to place blame where blame is deserved.
2. The need to know how this happened and how to prevent it from happening again.

These are both good reactions. Both of these things need to happen. Kelli needs to be held accountable. Every murderer/attempted murderer does. But also, if she wasn’t ever the type of person to do that before, and now she is, we need to know how that happened.

The difference I’m seeing here, however, is that group 1 is outright attacking group 2 but not the other way around. I can only assume that this is because, instead of raising pitch forks and being outraged, those that seek out more answers are seen as some how supporting Kelli or at least, not blaming her. As if the need to seek out an explanation as to how this happened is seen as an attempt to find a reason to let her off the hook. It’s not.

I know Kelli is at fault. I know she’s wrong. I don’t blame anyone but her. I don’t now nor can I ever forgive her for making her decision no matter what brought her to that point. So in my mind, that’s taken care of. I don’t need to write about it. Besides, the authorities haven’t even had time to pick up a pen yet… so let’s see where they go with this. If somehow she is excused… then please, pass me a pitch fork.

Until then, is there another mother, or father, maybe I know them, or maybe I don’t, that I may be reading about in the news tomorrow when I thought they were fine yesterday? How can I know? What should I be aware of? How can I prevent it?

You can hate me because I didn’t write about how terrible she is, or how evil any parent is that would do this, and you can certainly think I’m just being diplomatic if you have to.

Whether you think I’m doing right or wrong, I still support you and back you and think it’s great if you are outraged and want to see Kelli hang for this (proverbially or literally). Please do. More.

While you’re doing that though, let me see if I can find a way to stop the next child from facing a similar fate.

The way I see it, hating Kelli for what she did (and yes, I really do) isn’t going to stop it from happening to someone else.

I missed this one. I let Issy down.

I need to know how to not miss the next one.

When the strongest among us falls

Some go so far as to separate them into labels such as ‘warrior’ or ‘victim’. Some call them ‘special people’ because God only gives ‘special children’ to those types. Others see them as bad parents that let their children ‘get away with stuff’ what they would never have let happen themselves.

Before you read the news story that everyone was talking about, before you form any opinions on what you think may have happened or start to question what lead to this or anything else, I want you to consider this:

She was one of the strongest autism parents that I’ve met.

Still, I can’t help but to think how fragile, not just life is, but our own self worth, our inner well being and more so than that, our strength to keep it all up.

When the strongest among us falls, how do the rest of us carry on?

The answer came to me, not once, but twice this week as I watched autism parents share their private phone numbers on a not very private Facebook wall so that anyone, it doesn’t matter who, can call them if ever they need someone to talk to.

Now, I don’t condone nor do I think I could ever forgive attempting to take Issy’s life as well (if everything did happen as the reports are saying they did). No matter how hard anything ever got, I could never do anything to hurt my boys.

But I do understand how dark it can get. The first time autism parents shared their phone numbers this week, it was for me.

So how do we carry on? Well, I think all of those incredible autism parents already have the answer: by being stronger than our strongest. And the only way that can happen is with numbers. 2 people are stronger than 1. With enough people, you can balance any weight.

A group at it’s weakest is still stronger than an individual at their strongest.
For an individual will tire eventually, no matter how strong they are.

Which brings me to the last words from the last post on her blog:

There is so much more to say.  I’m just too tired to write more.
All my love,
Kelli
http://thestatuswoe.wordpress.com/2013/09/03/when-a-power-player-takes-you-down/