When Autistics Write About Autism

There’s a very unfortunate bit of irony happening within the Autism community that is far more disappointing than ironic… we encourage Autistics to speak up and to not be afraid to say what is on their mind but then when they do, we attack them for not saying what we want to hear.

This has happened quite a few times over the years but even more so in the last week as autism.about.com had a series where adults with Autism were asked to submit a piece about themselves and what they stand for.

Repeatedly, these people would put themselves out there only to be met with some scathing comments from people. Several people have written about this as it really does have a big impact on the Autism community… and here’s why:

Autism itself is defined as a social and communication impairment which means that speaking out about something probably doesn’t come very easily. We encourage our children as well as all people with Autism to speak up.. especially about Autism.

Only an Autistic can describe what it’s like, how it affects them. We parents can give secondary accounts, how it affects us and how we perceive it affects our children but when it comes to first hand accounts, we need Autistics to break through their shell.

More so than that, we just want people to be who they are. Autistic or not, don’t be afraid to say what you have to say. Being who you are is one thing that only you can do. But many Autistics are either afraid, uncomfortable or just simply not interested in putting themselves out there.

As a result, Autistics make the best Autism Advocates but because of the nature of Autism itself, it also makes them the worst advocates. 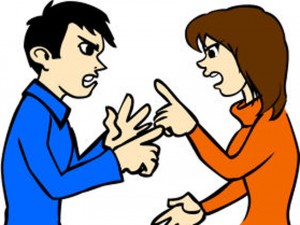 Disagreeing is hard to do

In society, not just the Autism community, it’s not uncommon to see people attack others that they disagree with.

On the internet, people don’t have to look you in the eye to say something hurtful. That makes it a lot easier. You don’t have to deal with their unease, their obvious fear, their expressions… you can just say the most hurtful thing you can think of and leave.

I’ve seen Autistics write about themselves, how proud they are of themselves. Often they write about how they advocate on the higher functioning end of the spectrum only to be attacked by parents that have children on the lower functioning end of the spectrum because they didn’t say what they wanted to hear. The parent disagrees so adamantly that they attack the Autistic person because what they say doesn’t mesh with the parent’s experiences.

It happens with many other topics as well… sometimes they get attacked for the most simple things too, seemingly random things. They can just be positive and be attacked for it, or negative and attacked for it. There’s no rhyme or reason. Nothing is safe.

On the surface, it appears that simply stating “I disagree with what you’re saying because” has become impossible to do, instead becoming a verbal attack of some kind on their intelligence, their logic or some other personal aspect of their being.

No Free Pass for Autistics

All of this is not to say that Autistics can just say or do anything they want without judgement. Autistics still have to abide by the same code of ethics, etiquette and behaviors as the rest of us. Autistics can’t just make their own attacks on people or be rude and not expect some backlash.

If we are to be fair and wish for equality in acceptance, then those that behave poorly should expect some anger in response.

Not all situations are uncalled for… in some cases, an Autistic will be rude or do things that are simply unacceptable and the response from the people is not entirely unexpected. Perhaps some would call it over board but certainly not unexpected.

I Am So Disappointed

Many times people say things I disagree with and most often times, I don’t say anything. If it’s blatantly wrong however, I may speak up but I’m always careful to be respectful. I don’t know those people, I don’t know what drew them to their conclusions.

I respectfully disagree and state what I think and why. It’s always been my experience that this is the proper way of civil discourse.

What I see most of the time, however, is people calling each other idiots (or other derogatory names) and question their intelligence, or upbringing or something along those lines. Usually they state what they think and don’t even provide a reason for it… they just make their attack, their stance and that’s it. Giving people no recourse but to attack back since there’s very little to either understand or make a case against in rebuttle.

It is so very hard to take something you’re passionate about and disagree with someone respectfully. It’s even more difficult to be civil with someone that so strongly contradicts your beliefs.

But it’s not impossible.

But I think it is very clear that we’re just not ready…. as a society, we’re simply not there yet.

Until we can put aside our own hatred, our own anger, we can’t expect those that don’t understand Autism to do it.

We encourage Autistics to come out of their shell, to speak up despite their anxiety and fear and then, when they say something we disagree with, we immediately lash out and bully them back into their shell.

There is something fundamentally wrong and I am so very disappointed by it.

The Autistic Me has a great post about all of this, some others have discussed it on Facebook and Twitter and in response, Lisa from Autism.About.com has since taken down the 2 most recent posts that were written by adults with Autism.

If it was your child

My advice is, when you see a post by a person with Autism, imagine that person is your child. Imagine you’ve encouraged you child for many many years to speak up and to be brave… to not worry about what people say and just share who they are with the world because who they are is beautiful.

If you and everyone could do this, the responses would be vastly different. Even if you disagree, you’d respond with respect.

If that was your child that spoke up proudly, you might still disagree but you’d disagree in a very different manner.

If you won’t… how can you expect others will?

Something Many Parents Forget – Respect For Your Child

It probably slips our minds a lot of times as we watch our children be silly, do dumb things, need to be shown how to do just about everything and so on and so on but make no mistake, they’re growing up in a world that we ourselves have trouble dealing with and we’re adults!

Life is hard enough any which way you slice it but when you consider the age in which we live where technology advances every few months, messages are sent at light speed, we have more ways to communicate then ever before and most of us live in perpetual information overload… our children are living it too, and mastering it!

Let’s not forget the usual stuff that has now gotten much more advanced, and I don’t mean technology. I mean things like bullying and the world providing false images of perfection on every magazine cover and commercial that you see… is there any wonder that you hear about tragic suicides in the news all the time?

That right there is a lot to grow up with but then you throw in something like Autism into the mix and suddenly you feel like you’re in a hockey game where the other team is bigger, faster and has a 5 goal advantage before the game even starts. I’d probably just drop my stick and skate off the ice ranting about how unfair that is and why even bother and so forth…. and I’m an adult.

It’s our job as parents to prepare them for all of that as best we can, to give them the tools, the support and anything they will ever need from us to be able to not just cope with that but to excel… to somehow get 6 goals and win the game anyhow.

I’d like to think that even if we failed and they didn’t win the game, that at least we gave it our best try, our children gave it their best try and we all had fun playing the game no matter the outcome.

Ok, enough with the hockey metaphor but the point is, as you hold their hand and roll your eyes at their silliness… remember that they are the ones going through it, they are the ones that have to take all that you give them and then make it happen. They are the ones with the unfair task ahead of them, you’re task is not easy either but you can’t do it for them.

When I say that I respect those that can that can endure and overcome all insurmountable odds… do you imagine athletes or do you picture our own silly little chocolate faced monsters that refuse to hang their coat up?

I don’t think I could ever explain it but when I think about the life that my son will have, all that he’ll have to overcome, I feel bad, uncertain, scared… plus I respect him for it and all that he’s done thus far. It’s that respect which allows me to look at him differently, more positively, more proudly.

I don’t envy our children, they have quite the interesting future with a lot of uncertainty and challenges ahead of them but if anyone can do it, they can.