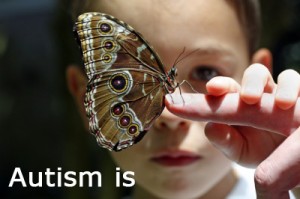 Inside the mind of a child

I often hear people saying that they wish they could be 5 again, when their biggest concerns were which colour M&M’s to eat first… or not being able to play outside because it’s raining.

Yes, life certainly doesn’t get any easier when you become an adult but that’s no reason to dismiss their concerns as unimportant. It is all a matter of relativity… the biggest concern in your world is just as important to you as the biggest concern in someone else’s world… even though hey might not measure up to an outside observer.

Allow me to put it another way… what is happening inside the mind of a 5 year old is not just as real as what’s happening in your head, it could be more so and thus, an even greater concern.

You and I are limited by the bounds of reality… that is to say, we know the rules, we know what will and won’t happen as we face each situation. To a 5 year old, their imagination is the limit and there is no limit to a 5 year old’s imagination.

Let me give you an example from just a few hours ago, when my son woke up at 5:30am.

I was awoken by the sound of foot steps but not regular foot steps… tip toe steps. Yes, I’m a light sleeper when it comes to my boys. I heard a few steps and then it was gone. At this point I had to wonder if I heard it at all, if he had just stopped in the hallway, if he was just going to the bathroom… it’s a lot to wonder when you just woke up.

A moment later, I heard his little voice coming from the living room. “Hello?? Where is everybody?? Hello!!!! I’m all alone.”

He sat on the couch, in the dark, convinced that he was all alone in the house… that we had all abandoned him.

My first instinct was to say “silly boy, we were just sleeping in the other room, same as every night” but to see how sad he was, he was completely and totally convinced that he was now going to live the rest of his life alone. I don’t know what dream he was having or if it was just some random feeling he got when he awoke but in his mind, it was very very real.

You and I would know to check the other room, you and I would know that something like that just doesn’t happen. To a 5 year old, who’s imagination blurs the lines of reality and has no limits to it’s endless possibilities…. it was far more real than anything that we will likely experience as adults. He was certain, beyond a shadow of doubt, that he was alone.

A child’s mind can create a world of extremely large, very friendly dinosaurs… or it can create a a world of very scary monsters that only come out at bed time. Maybe it’s all in their head and maybe it’s not as scary as tax season is to us but to them, it’s far more real than anything we have to deal with.

Don’t dismiss their concerns as trivial compared to your own. Imagination can be a very powerful thing if not respected.

In Cameron’s case, he much prefers fantasy over reality because it helps him to do several things, including blocking out various things in reality that overwhelm him such as sounds, sights and smells. Also, it gives him control which is ultimately why anyone likes to day dream… he can get the specific answers he wants back to his questions if he’s asking an imaginary person.

I’d like to give you an example from this previous week-end, Cameron found a stop watch that looked somewhat similar to a cell phone. He knew full well that it was not actually a phone but for him, this gave him the opportunity to phone his grandmother and talk to her. He asked when she was coming to his house, what she was doing and had a full conversation.

Afterwards, I actually did call his grandmother and he absolutely refused to say a single word into the real phone. When I put the phone near him, he bent right over in order to avoid having it anywhere near his face and ear.

Many times we’ll ask Cameron if he wants to go outside, or to the park, or the beach… any number of places that we know he really enjoys and most often times he’ll say no. He’s quite content to just grab a couple of toys and pretend they are something they’re not but once we drag him out, he has a great time and doesn’t want to come back in.

Once put into the position he’s fine, but given the choice before hand, he’d much rather stay in his own fantasy world where he has control and feels safe.

Given that I’m older, not Autistic and have a better understanding of the world around us…. I can’t blame him for choosing fantasy.