Somewhere along the way, I became a parent. This is how I know it’s true.

Somewhere along the way I became a parent. I’m not entirely sure why but all of a sudden, it just hit me like a ton of bricks.

Was it when my first child was born? No, I don’t think so. At that point, I became a dad, sure. But for the most part, waking up to bring the baby to his mom for feedingss and changing some diapers really didn’t make me a real parent. I was responsible for this little, very much dependent and fragile life but that wasn’t it.

Perhaps it was I had to start putting my name in the “parent or guardian” forms at schools and hospitals… I remember looking at those forms and thinking to myself, I can’t believe my name goes here. But even that wasn’t really it. That was just paperwork.

I know it wasn’t when my son was diagnosed with autism because that made me feel like anything but a parent. I was feeling more lost and scared than most times in my life that I could remember. I got over it quickly though as I learned more and my son impressed me all along the way but still, that wasn’t it.

I really thought the moment that I became a parent was when my boys would do something wrong and I’d open my mouth only to hear words that I thought only my mother would ever say. I was suddenly watching my own childhood from a totally different perspective. I had, in effect, put myself in my mothers shoes and at that point, I thought to myself, “wow, I must really be a parent now”. That was a very good start but that wasn’t it either. That was me playing the role, I think. It slapped the thought across my face but it still hadn’t sunk in quite yet I think. 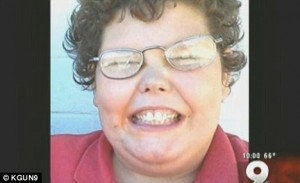 Dead: 12-year old Alex Swigart saved his dad’s life after waking he and his girlfriend up when their mobile home caught fire

Then, as I became more involved in the autism community and started getting more and more information fed to me by an ever evolving social media, I started to come across stories like this one, where a 12 year old boy with autism saved his family, only to die in the fire himself. It’s not the story itself that got to me, although it is tragic. It’s one sentence in the story, that made my heart sink. It was this:

Fighting back tears he said: ‘I yelled inside the window and I heard him call to me, “Daddy I can’t breathe!”‘

I didn’t read the rest of the article beyond that until the next day. I couldn’t. All I could think about what how hard that must have been, to hear his child… the most precious and important thing in his life ever, calling out to him, in pain, and being powerless to do anything about it.

It’s been happening a lot lately too. Stories that would have saddened me before but never felt like a knife in my heart like it does too, are crossing my path at an ever increasing rate. 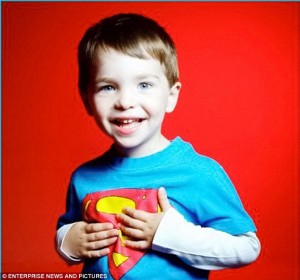 Loss: Autistic 6-year-old Dylan Hockley died in the arms of his special education teacher in another classroom; his parents have set up a memorial fund of their own to help children with autism and special needs

Another example was the Sandy Hook shootings, in which the entire ordeal was a tragedy… but what really hit home the hardest was little Dylan Hockley, a 6 year old boy with autism. In this story, once again, I was reading it with a heavy heart as I normally would but then I got to this part and I just felt crushed:

“He said that Anne Marie Murphy had been found with her arms wrapped around Dylan … that is what we had hoped for — in a very strange sort of way to hope for something.”

“She loved him and he loved her and she would’ve looked after him no matter what,” she says, fighting back tears. “To know that he was with her, and that he wasn’t alone, that gives you a huge peace of mind … to know that he was loved even in those last moments.”

I can’t stop seeing, in my mind, what it must have been like to be terrified, holding this little boy that is terrified too, despite having no idea what is going on and to know what’s coming and then…

I keep putting myself in these people’s shoes. I can’t help it anymore. I can’t not see the little innocent faces with so much life left to live and their parents that were powerless to help them.

Before I had children, even for a while after, when other parents would tell me that your perspective of the world would change, that the way you feel about a lot of things would change, I thought I understood. I didn’t.

That’s how I know I’m a parent.

This week-end was a big family week-end, there was a lot going on at all times. To cut right to the chase, my boys were playing with their cousin and while wrestling, Cameron jumped and landed with his butt on his poor cousin’s head… while she was laying down on the floor.

Suffice to say, it hurt her quite a bit and the playing promptly came to an end.

The boys came to find me and told me that she was crying but didn’t tell me why. We had to track her down and find out what happened.

I don’t think anyone ever questioned it but I could just tell that if anyone else had put much thought into it, it would appear that Cameron had no remorse about it at all, he just went off and played with something else.

But I could tell, because he was in the opposite end of the house on a different floor, playing by himself. You wouldn’t know it just to look at him, but he felt bad about it.

A little while later, when I was alone with him, I tried to talk to him about it. The only way I could think of to get it through to him, which is what I’ve always done with him, is to ask him how he’d feel if it was someone jumping on his head.

It seems that, for the most part, he does not understand nor realize in the slightest just how much his actions will hurt someone else, but he does know what would hurt him.

And so the only way I can make him understand how to be careful or avoid certain things is to think first about how it would feel if it was done to him. Naturally, when playing, there simply is no way for him to stop and think about it like that. He just does what he thinks is fun.

I mean, this is a tricky enough topic for any child to learn but when you have Autism in the mix, there’s just no way for a child to understand how their actions will affect the person they’re doing it too. Especially when it comes to another person’s 5 senses, such as touch. Pain is just too foreign a concept to know how others would experience it.

But like everything, this is a learning experience and he felt really bad about it. So even though he likely doesn’t quite get the whole concept of what happened, he does know what he did wrong.

Sensory Issues – How Do They Affect You or Your Child?

Sensory issues are often a bi-product of having Autism, an unfortunate little tag along issue that many Autistic people get to tack onto the rather large list of issues they already endure. They come in all shapes and sizes as well, much like the rest of Autisms little gems, some people can’t handle loud noise, bright lights, strong tastes… some simply can’t handle multiple sounds, flickering lights or any taste at all.

In our case, Cameron has a problem with loud noises and food textures. If we put on a movie too loud, or turn up the music, he’s the first to speak up about it being too loud. That’s not too much of a problem, we can keep it quiet… but it does mean things can be a challenge such as taking him to see a movie at the theatre.

The big issue comes from his food texture problem… there’s literally only a handful of foods that he will eat. He’s never eaten meat, except what we can grind up and hide in his food. He’s never eaten any fast food, refuses to even try french fries and doesn’t want to eat most vegetables. The only fruit he likes is bananas and won’t eat berries or nuts either.

Luckily, my wife is very creative and is very good at finding the foods that make up for these things, such as eggs, bananas, peanut butter and beans. These foods alone make up for almost all of what he’s missing and we can find ways to make up the rest… and we pad it with mashed potatoes and rice pasta, which he really likes.

But imagine, no gluten (wheat) and no casein (milk) and then take all meats (including fish and chicken) and almost all veggies… what’s left??

Quite literally, we find ourselves deciding on which of the 4 meals he’ll have for each meal… because that’s what it boils down to. We were quite concerned at first but after visiting a child nutrition expert and having all his blood levels tested, he’s doing just fine.

Sight and touch and other things seem to be right on par, or pretty close. It’s just the pesky food texture thing that drives us wild.

I’ve talked to a lot of other parents however that have other issues, such as having children that must wear special head phones to tone down the sound levels, or some that wear tinted glasses and even some where they virtually never touch their child.

On one hand, I curse this stupid Autism for already making life hard enough and then having to tack on something so dumb as this, just to make things more inconvenient… on the other hand, I kinda think it’s like having a super power, like Wolverine (xmen comics) where he has a heightened sense of smell, taste and hearing.. like an animal. Maybe my boy will grow up to be a super hero? taste texture man??  Uhmm… anyway…

If your child has not been diagnosed with Autism but has these types of sensory overloads that seem almost painful for them, definitely get them checked. It might not even be Autism as there are simply conditions dealing with sensory processing and sensory integration disorders.

Most importantly, I implore you, if your child can’t stand the lights, the sounds, the taste, the feel of something… it may seem trivial, or even stupid and you will likely feel compelled to just have your child deal with it… but it could be something so much more than that and you could be causing them real pain/discomfort. If you pushed them through something and found out later that it was a real issue, you’d probably feel pretty bad… it’s better to listen to your children and at least check and be sure.