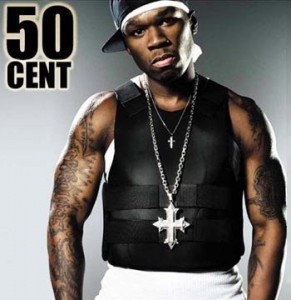 An attempt to make “autistic” into the new r-word

If you are in the autism community in some form or another, chances are that you’ve already heard all about the uproar surrounding the new 21 Jump Street movie… if not, keep reading.

So 21 Jump Street was a rather popular television show back in the day, in fact, it launched the career of several people including Johnny Depp.. and one other person quite well known within the autism community, Holly R. Peete.

Now, they’re making a movie by the same name but instead of teenage angst, real life, drama and emotion, it’s a ridiculously stupid comedy filled with cheap laughs.

Don’t get me wrong, I happen to love stupid comedies. I laugh even at cheap laughs.

The problem is that in one particular trailer, the one guy looks at a chart that his officers made and says “That looks like s#!t. What are you, autistic?”

You can see it for yourself, it happens around the 3:31 mark:

At this point, I want you to re-watch it and this time, imagine he’s saying the word “retarded” in place of autistic. See now what their intention was?

There’s many reasons, but let’s look at two of them:

First of all, anyone who knows anything about autistics knows that, while not all autistics are super organized or particularly amazing at building charts… if you were going to go by the stereotype, as is the intention here, you’d expect that thing to be freakin immaculate. Let me put it this way, if they are going for the whole rain man of over the top stereotypical, stupidly, outrageously funny offensive things to say about autistics, that thing would have been the best damn chart anyone has ever seen.

So ya, they clearly don’t even know what they’re talking about if they can’t get the stereotype right… not that it would have been right either but certainly closer to some semblance of reality.

Secondly, this opens a door that starts a journey down a very dark road. Stereotypes, innuendo and hate in general don’t start out at full force… it starts small.

And if this is the type of precedent they’re trying to set for stereotypical movie humour about autism… let’s just say that none of us would want to see where that road will lead.

I’m all for overly exhagerated stereotypes in search of a laugh… I’m all for the extremely over done ridiculousness of what is real in an attempt to get a chuckle… but this is not ok.

For the record, Holly R. Peete, who makes a cameo in the new movie, has said that she had read the script in advance and that line was not in there at the time.

So thrilled that #21Jumpstreet is getting such critical acclaim- The show brand means everything to me-so proud to an OG but as a mom of a son w/ autism I’d be totally disingenuous to say I was not bothered by the use of the word “autistic” in the film. I’ve reached out to Sony PR & co-director Phil Lords re:why the choice of “autistic” as a punchline is so upsetting to our community.
Phil Lord co-director of #21Jumpstreet said re: “autistic” line: “We set out to make a funny, irreverent & outrageous movie but not to hurt anyone’s feelings. Our stars are the butt of all our jokes and we feel terrible and deeply sorry that anyone would feel otherwise.”

You can read the tweets here: