My tips for using FollowFriday effectively on Twitter for Autism

I put quotes around ‘recommend’ because it’s evolved to become more of a ‘shout out’ thing, where I’ve noticed many people just list celebrities/influential people, or friends/family.

If you are involved with Autism in some way, I want you to hear me out because from here on out, I refuse to give shout outs… and I really don’t want to offend anyone along the way.

Autism, like any other cause that we believe in, is very important and very serious and it’s for this reason that, even though I happen to be quite proud of my sense of humour and ‘go with the flow’ nature, I take some things quite seriously. This FollowFriday tradition is one that I’m going to take more seriously from here on out. 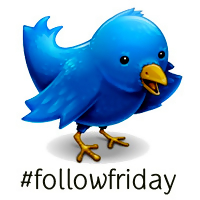 There is a great site (FollowFriday.com) which actually ranks people based on the number of FollowFriday mentions they get. That’s not what is important. What is intriguing, to me, is that they do NOT count anyone’s mentions if they mention more than 50 people.

The reasoning for this is quite brilliant, in that, if you are recommending more than 50 people to follow, you don’t really mean it. You could have a million people in your list and you should still be able to narrow down real genuine serious recommendations for others to follow to less than 50.

If someone recommends 3 people to follow, and they have a list of 20,000 people… those are 3 very special people! Wouldn’t you agree? They have a lot of value to be singled out and displayed to the other 19,997 people.

If they were just 3 people included amongst 50 other mentions, their value not only diminishes but disappears completely since not one single person on the entire Internet would sift through your 50 mentions and try to find the ones of real value.

In the case of Autism, or any cause, this is especially important and critical. If I go recommending 20 people that are funny and 5 people that are genuinely great information sources on Autism, the message will get lost and the value gone.

Making your choices mean something

It all comes down to building a stronger community, that doesn’t mean that I intend on excluding people. Don’t get me wrong. I would love to FollowFriday my entire list but I know full well that it will mean getting NO CLICKS instead of more. As I said before, not one person would spend the time weeding through the mess to find the value. And so, it would accomplish nothing.

Carefully selecting the truly worthy members of your list and recommending those few will ensure extra exposure, added value and more follows which will help to build a stronger and even larger community.

It is for this reason that I have decided to drastically cut down the number of FollowFriday mentions that I will make each Friday. I really do not wish to offend anyone by not mentioning them.

There are simply far too many people that I actually do want to mention. But I can’t or else I do more harm than good.

Some tips or guidelines, not rules

In summary, I have made this list of tips for effectively using the FollowFriday tradition in regards to the Autism community:

You introduce someone to people when you think they will have a mutual interest in each other.

So introduce me to someone that you think is someone that I’d want to follow and I’ll follow them. But don’t throw a ton of names at me because I won’t remember their names later.

“Autism changes how you see the world. If you're lucky and willing, you'll meet an autistic that can teach you how to see it differently too.”
by Stuart Duncan