Connecting with a child that has autism – which is real? Face to face or virtual?

Talking with some of the parents that help to run Autcraft, we had an interesting discussion about how some professionals or “experts” still don’t see any value in video games because, from their perspective, they are not “real.” But what is real? Is it a face to face conversation? How about a conversation via the phone? Or a video call? How about two avatars that represent ourselves that are face to face, talking?

When an expert talks about what is real, they come from the traditional, textbook approach to therapy in which the only way to truly understand and assess a person is via physical observation… being face to face. And many times this is very true. I wouldn’t want anyone trying to diagnose my children with anything without having met them at least once.

They’re not entirely wrong in that, from a virtual perspective, which is the one I’m most accustomed to, I find that it’s easy to almost sort of forget that the person you’re talking to is a very real person. When a player is acting out on my Minecraft server or behaving inappropriately, it’s easy to lose patience with them or become frustrated with them, especially if it’s an ongoing, repetitive behavior. Really though, if we had a webcam on them or were in the room with them to see the innocent looking little boy or girl who’s not understanding what they’re doing or on the brink of crying… we would approach the situation quite differently. Perhaps our patience wouldn’t leave us so quickly. Perhaps we’d better perceive the behavior and thus, the cause and solution for it.

Still though, having been talking to and helping literally thousands of children with autism over the last couple of years, I’ve come to realize that there is a very real benefit to not being face to face with them. By removing the anxiety, fear and shyness that can come so easily to a child with autism when face to face with anyone, much less a stranger, you can finally get to what is truly real… the child.

All children, especially those with autism, will likely take a very long time (if ever) to finally open up to you and reveal their true selves. Finding a way through their fear or anxiety or even just their desire to please you by saying what you want to hear, it’s extremely difficult to have a child reveal their true personality. Some parents are actually still waiting for this to happen from their own children, so what hope does an “expert” have just by insisting that what’s real is simply, face to face.

Having a virtual conversation means not having to think about your body language, facial expressions, eye contact, fidgeting, what the other person’s body language or facial expressions might mean, you can take the time to choose your words carefully and also you feel more free to just say what’s on your mind because… well, as ironic as all of this is… it feels like it’s not real! If it doesn’t feel real to the child (no human there, no repercussions, no one will ever know), then there’s no reason not to do and say what ever is on your mind.

So sure, maybe the experts don’t see it as real and maybe those kids don’t really see it as real either but for me, the guy in the middle of it all, I welcome that because I can use that finally get to what is truly real… the child’s real self.

Why does Autcraft make such a huge difference in people’s lives if it’s just a game and not real to so many people?

Well, because we all know the value in having someone to talk to. Someone that you can be honest with, someone that makes you feel safe and someone that you know that you can be real with. You can share your fears, insecurities, talk about feeling suicidal or even, talk about the wonderful things in your life, the things that make you feel great that you fear people might tease you for… you can share as much or as little as you wish too because you are in a place where you don’t have to be face to face to feel safe. And video games, in my case, my Minecraft server, gives many of these kids exactly that. A not real environment where they feel more real than anywhere else in their lives.

So instead of trying to figure out what is and isn’t real, perhaps instead you should be asking which interpretation of real is most important to you.

I used to argue that all research was good research, that information is simply good to have no matter what it is. But at this point, I have to revisit that position and question it.

If your research concludes with….

Listen, I won’t argue that you’re more than qualified, you get paid very well and I respect what it is you do and what you’re trying to do… I understand you have the best of intentions, but here’s the thing:

If your research involves the phrase “may increase the risk of Autism” or anything similar… I ask that you please just don’t even tell anyone. Keep it to yourself.

What the results mean to us 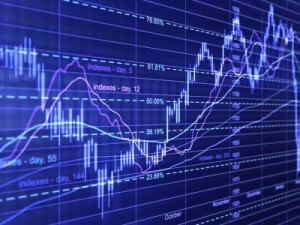 In the beginning, these studies were very intriguing and really got people thinking. People wanted answers, we were starting to get answers. But what are the answers, really?

As far as we know, there’s always a risk of your child having Autism. So it’s not 0%. And we don’t know what causes it so we can’t do anything in particular to ensure it happens (not that anyone would want to).

So ultimately, all you’re really telling us is that doing something to increase the risk actually has very little bearing on whether or not our child with have Autism at all. Because for every study that says the risks go up, I can show you dozens… hundreds of parents that contradict that study and yet their child still has Autism. Or even better, parents that fit the study to a T and yet their child does not have Autism.

Will we ever move on beyond the Refrigerator Mom theory?

Granted, no one thinks Autism is caused by an uncaring mother anymore but it would seem that we certainly haven’t moved on from blaming the mother.

Recent articles include taking antidepressants, not taking prenatal vitamins, environment they live in (twin study) and older studies along the same lines include jaundice, c-section and other birth stresses, living near a freeway… and the list goes on and on and on…. and on.

If you read those articles and others, another catch phrase they use often is “new insight into autism” and yet.. a month later, a new study is released with that same catch phrase and the old one is all but forgotten.

What all of these catch phrases and conclusions really tell us is “it’s the parents fault, they did something that caused it, let’s find out what it MIGHT HAVE BEEN”.

Tell us what caused an increase in 100% of the children. Heck, we’d even be ok with 75% or more… because then we’d know what to avoid for sure.

But “an increased risk” really only tells us that you blame us, will keep finding ways to blame us even though you’re not entirely sure why or how.

It’s now out of hand

These studies were intriguing at first, but now they’re just out of hand. It seems we get a new study per month that says they found something that increases the risk of Autism.

But new parents don’t read the ones before right now. They only read these stories as they become pertinent to their world… which is right now, when they’re about to become parents for the first time.

If they had the back story, if they had read the dozens of studies leading up to the one that will be released next month, perhaps they’d know just how out of hand it has all become. But they won’t read those previous stories… they’ll read the next one and believe it. And they’ll be scared.

They’ll take their prenatal vitamins, they’ll sell their house and move away from the freeway, they’ll avoid vaccines, they’ll risk their baby’s life avoiding a c-section and they’ll do it all out of complete and total fear from what they read in a recent study and for what?

The sad thing is, they could do all that and still end up with a child that has Autism. And then what? Do they wonder what they did wrong? Do they blame themselves since that’s what the studies have taught them to do? Or do they accept that despite all the risks they avoided… it was just meant to be.

Your studies mean very little to me any more. I find them to be a waste of money, a burden on the system, a way of blaming parents further, a media circus and a panic storm for new parents.

Crunch your numbers if you have to, talk to other people that did the same thing, compare those numbers, find others that did the same… and so on. Keep doing it until you have some actual answers for us. Until then, stop running to the media every time you have a chance to get your name in the paper.

Other similar stories:
Autism shouldn’t be about playing the blame game
“Wombs of Doom” or “How I Stopped Worrying and Learned to Love Poisoning My Children with SSRIs”
“May increase the risk of autism” studies versus real scientific research

“I will let you use Autism to describe my child but I will never let you use it to define him.”
by Stuart Duncan