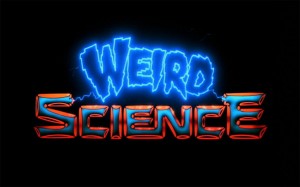 “I am thankful for the patience and understanding that I didn't know I had until I needed it.”
by Stuart Duncan