Autism – is it an adjective, a definition, a description?

Well, actually Autism the name of a specific disorder as well as a whole spectrum of disorders that includes Autism itself. But that’s the technical stuff and my mind tends to work in the abstract a little better. When I talk about Autism, it’s in relation to a person, usually my son. And it’s in this way that I try to clarify exactly what Autism is to me as well as what it may be to others.

I won’t try to tell you what it should be for you or anyone else because, as I’m about to explain, it can be different for everyone. 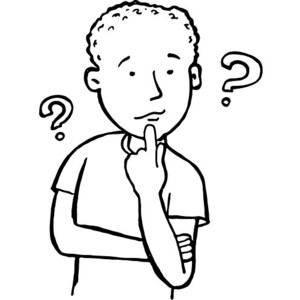 Does it define a person?

The popular opinion, from what I can tell, is that Autism is usually considered one of a long list of adjectives. For example; my son is 6 years old, dark haired, very funny, autistic and very good at math.

In this context, it gives a person some insight into what my son is like, providing they know a little bit about Autism. It is just as important and just as relevant as everything else I included in the list but it’s also just as unimportant… him being funny isn’t exactly going to give you his life story, as an example.

But is it really that simple? For some people with Autism, no it’s not.

Being a spectrum, Autism can range from leaving a person dependent on care for life, unable to speak or function within the “norms of society”… all the way to the other end of the spectrum where an autistic can become famous and rich using the amazing “gifts” that Autism has provided them… such as a photographic memory, amazing artistic or musical skill, a super computer for a brain or any other number of skills.

Most people fit somewhere in the middle of the spectrum.

The reason I mention this is that autistics are often asked how much of a role Autism plays in defining them and I’ve been fortunate enough to see quite a few responses… and they range as widely as the Autism spectrum itself.

There are those who, like the adjective example above, feel that Autism is simply another trait of their existence and therefore no more or less important than other characteristics that may be used to describe them.

There are others who simply don’t understand what the big deal is anyway and just refuses to put that much thought into it. They are who they are and whether or not they have Autism is not on their mind any more than their blood type. It is what it is, unless someone asks you, no one really puts much thought into it.

Finally, there are those who feel that Autism absolutely does define who they are in that it affects every aspect of their life. It affects how they can and can not interact with others, how signals are perceived via their senses (amplified, dulled, filtered, unfiltered), it affected how they were treated in school, work and life in general… from morning until night, 7 days a week, Autism makes every aspect of their life different and thus, very much defines who they are.

So which is it?

We all see life differently, we all see ourselves differently and we all have the freedom to feel about it how ever we want.

I don’t think that Autism defines who my child is… he is so much more than the struggles and other effects that Autism has on him. Still though, as he gets older, he might not see it that way. That doesn’t mean I’m wrong or that he’s wrong either.

The only ones that are wrong in this scenario, are the ones who tell others that they are wrong. The people who turn these types of discussions into an argument, a “heated debate” or start pulling out derogatory statements about “the type of people” who think one way or another.

Keep an open mind. The reasons make perfect sense. If anything, you’ll find yourself conflicted as you find yourself agreeing with the various stances on the subject.

That’s ok too. It’s a good place to be. You’re taking the time to understand, not judge.

“The funny thing about communities is that there is only one. Our need to divide that community divides us all.”
by Stuart Duncan