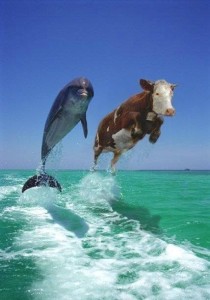 11 Responses to When did ‘different’ become wrong? or Acceptance is not a one way street