Humans are social beings. So if you’re not social, what are you?

Humans are social beings. In comparisons with animalia, humans are regarded like the primates for their social qualities. But beyond any other creature, humans are adept at utilizing systems of communication for self-expression, the exchange of ideas, and organization, and as such have created complex social structures composed of many cooperating and competing groups. Human groups range from families to nations. Social interactions between humans have established an extremely wide variety of values, social norms, and rituals, which together form the basis of human society.

It sounds a little harsh, to think that, if a person isn’t social, that society would view them as “less than human”… but really, this shouldn’t be new to anyone. Aristotle thought this way too.

“Man is by nature a social animal; an individual who is unsocial naturally and not accidentally is either beneath our notice or more than human. Society is something that precedes the individual. Anyone who either cannot lead the common life or is so self-sufficient as not to need to, and therefore does not partake of society, is either a beast or a god. ”
― Aristotle

Granted, he included the “more than human” but that’s likely in reference to the savants or prodigies that lock themselves away to work tirelessly on what ever it is that they do. 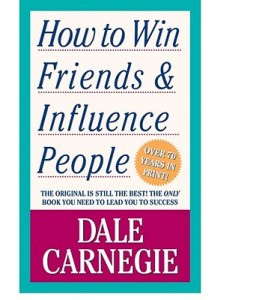 No wonder this sells so well!

Personally, I have always questioned: If everyone is different, why would everyone have to have friends?

Think about it. Every single person is different. All seven billion. And yet poets and story tellers continue to tell you that everyone needs someone to love and everyone has to have friends.

Why can’t a person be ok with not having friends? Where did the term “hermit” come from if there aren’t people out there who prefer to be left alone?

Everyone feels lonely sometimes. People that have more friends than they can count can feel lonely sometimes. Is it more likely for a person that has no friends? Sure, but perhaps there’s a reason for that besides the fact that they are alone.

Think about it… why would a person who prefers to be alone be lonely because they are alone? It doesn’t make sense.

I felt that way because I was conditioned to. Every poem or story I read, every movie I saw, every person I talked to would tell me that I had to have friends…. more so, I had to have love.

Not one person or piece of entertainment told me that it was ok to be alone. In the movies, the hermits would eventually find a family or a place to live and “finally be happy” with others. The others would either eventually commit suicide or “remain alone for the rest of their days”…  ugh.

Other than highschool peers, people will tell you to be yourself. That you’re unique. You’re different. There isn’t another person out there like you.

Sure, a lot of people without friends do not choose for it to be that way and therefore, have every right to feel lonely and a little down. But some people want to be that way… they eventually find themselves depressed and aren’t sure why.

Who knows, you may think you want to be alone only to find that you really don’t… once you are confident enough to be yourself… confidence attracts… friends!

But you are still very much human, friends or not… love or not. Want it, don’t want it… it doesn’t matter, just so long as you are yourself. Friends and love, they’re out there. I won’t think any less of you for wanting them or not wanting them.

So either way… be happy for being you.

16 Responses to Humans are social beings. So if you’re not social, what are you?