That could apply to anyone

I can’t even begin to count the number of times that one of my statements or posts were responded to with “actually, that could apply to anyone” or something along those lines.

Some of my favourites:

Why does it bother me so much?

For the first hundred times or so, those responses rather bothered me because this blog isn’t about most people… my twitter account is not about humans in general. I focus on Autism and that’s what I write about.

It also reminds me of all of the times where I’ve tried to explain the ways Autism affects my child where people would respond with “but that’s something a lot of children do” or “ya but that could just be a phase.”

It’s not exactly a closed minded response but in the moment, to a parent with child that has Autism, it can feel like it. You just want to grab them by the collar and say “You’re not listening to me!” Well, ok, maybe not to that extreme but it is frustrating.

For a while, it got on my nerves, making me want to reply to them… explain that the world isn’t my focus, Autism is… but after the first hundred times or so, I started to like hearing it. 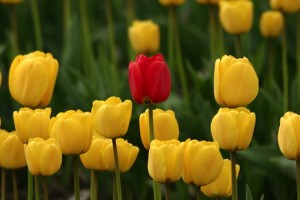 It does apply to anyone!

The truth is that people say that because the things I share really do apply to all parenting, to all children and to all others in general.

Parenting methods, children being children…. almost all of any of the things that we can talk or write about in regards to Autism truly does tend to apply to anyone. We all know that, it’s not the individual “quirks”, it’s the amount of quirks and severity of those quirks which indicate the presence of Autism.

I say “quirks” because when it’s not Autism, that’s what they are.. quirks. Right? A stimming behavior without the communication impairment, social issues or other symptoms is simply a quirk.

So when I write about routines, methods to improve behavior, general observations about how people are, parents are, autistics are… the truth is, 99 times out of 100, those things could apply to everyone.

So yes, it still bugs me still… in a way, because I didn’t call my website “EVERYONE from a father’s point of view”… so I’m not going to write about everyone. But at the same time, in a way, it brings me comfort that the things I say about Autism and autistics really could apply to everyone.

Every time someone says that, I’m reminded once again that maybe autistics aren’t quite so different after all.

2 Responses to That could apply to anyone