Guilt, grieving and other emotions when your child has Autism

“Should be”….  such a funny concept in a world of differences. 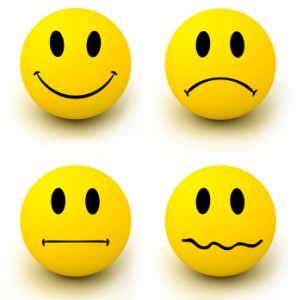 I can only tell you about how it went for me… what I felt and didn’t feel. Because the truth is that everyone is different.

I have a pretty typical story in that I had heard of Autism but didn’t know much beyond that until I started to look for answers as to why my son acted the way he did. A lot of repetition, lining things up, aversion to a lot of foods and so on and so forth, had me reading website after website to see what it might be.

It wasn’t a foreign concept to me though, as family member after family member and friend after friend asked if we knew what had caused it, or if we were afraid that we had done something to cause it.

As for grieving… I think it’s funny how people have different interpretations as to what grieving is. Most people think that it means breaking down into a crying fit and feeling complete remorse and being depressed for a while, etc, etc.

For me, I think of grieving as simply being worried about the future, about missing the things that you can’t do with your child, or things you won’t be able to do… thinking about potential bullies, potential other issues that may come around (seizures, allergies, diets, etc).

No, I’ve never broken down crying and no, I have no problem what so ever with who my child is or who he will become.. but a small part of me does grieve from time to time. I still want more for him… more that Autism will make very improbable (not impossible).

“Should Be” does not mean right or wrong

What I try to tell people is that there is no right or wrong way to feel. Granted, I do feel that feeling guilty serves no purpose and benefits no one… but it’s not wrong to feel guilty. If anything, the only thing I could imagine as being wrong is if you felt nothing.. if there was no mixed bag of emotions. Because hearing that your child has Autism is a bit of a big deal. It can change the course of the rest of your life.

Fear of the unknown

For most of us, Autism is a very big unknown that can take all those plans for the future that you had and make your future into an unknown as well.

Unknowns are scary. We fear them. We try to justify them, give meaning to them, master them… we try to find the cause of it.

Eventually, hopefully.. we come to accept them. Not just Autism, but unknowns in general. There are just some things we can’t control, that throw our lives off course and we can either feel guilty about it, grieve over it or… accept it.

Everyone is different and as much as we’d like for everyone to hate the people we hate, to fear what we fear, to accept what we accept and so on and so on.. it’s just not going to happen.

We all deal with life differently. It may seem that some people deal better than others, but the truth is that we just deal with it differently.

8 Responses to Guilt, grieving and other emotions when your child has Autism