Diagnosed as an adult, recalling my childhood, reaching out to other adults on the autism spectrum 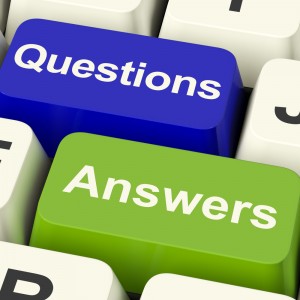 My family has a lot of interesting stories to tell people about the younger me. That, in itself is not unusual. However, the stories always… I don’t know. I don’t resent my family for telling them over and over again but they always made me feel a little, strange. Uneasy even. Not so much that I’d wish they wouldn’t tell them anymore but at the same time, something just didn’t sit right.

First, a little history from more recent times, my first child was diagnosed with autism at 2.5 years of age and ever since then, I had become much more aware of my own self as a result. It’s not that I didn’t always know I was out of place, that much was very very obvious. But without a point of reference… it’s just an indescribable feeling. However, once I began to see so much of my own life flash back at me as I experienced these things for a second time as an extension of my own son’s experiences, I knew that I had to take action.

So at the age of 35, I found myself in my doctor’s office telling them that it was time that I had an answer. Rather than always suspecting but never really knowing… I needed to be sure.

I was diagnosed with Aspergers, or “Autism Spectrum Disorder” as per the DSM 5. I was sure to ask if I was assessed using both the old and new requirements and they assured me it was true.

Before then, I had kept my unease silent all my life. I had to, I couldn’t describe it. After I recognized what it was, I still kept it silent. Because I didn’t dare claim something about myself that I couldn’t be sure of myself, something I couldn’t prove. Not something as important to me as autism had now become.

Finally, when I was officially diagnosed, I wrote about it in a 3 part series, you can read part 1 here, but I also promised that this blog wouldn’t be about me. It’s about my son, plain and simple.

However, in the interest of autism awareness, I feel this is an important point to make. Because people need to realize two things:

I have to ask myself, if I had never had a child with autism and thus, never come to know as much about autism as I do now, would I have ever known what it was about me that just didn’t seem to add up?

Back to the topic at hand, old stories that cropped up every time my family met someone new or were just telling old tales, I suddenly realized why I’ve always had this uneasy feeling about them.

One such story involved my grandmother working around the lodge, it was a hunting lodge with a trailer park. While cleaning up one building, I was playing with my toys all by myself. After a while, she moved on to another building to do laundry. She got talking to someone and realized, an hour later, that the last time she had seen me was back at that first building. Rushing back, because it had been an hour and who knows what could have happened, she found me, sitting on the floor, still doing what ever it was that I was doing with my toys, totally oblivious to the fact that she had ever left at all.

I was “in my own little world”, as she would describe it.

Other stories involved babysitters that would all describe me as the best, most well behaved child they had ever babysat. Because I was so quiet. I listened perfectly. I didn’t get into anything, no need for child proofing and I just stuck to my routine like a well oiled machine.

Another time, my grandmother recalls a time a blue van pulled into the parking lot. My father had left me 3 years earlier when I was 2 and yet, when this van rolled in, she thought it might have been him coming back. It was the same model, same size, same blue. Me, being 5 years old, looked out the window and immediately said “oh… that’s not him” and left. Sure enough, it wasn’t.

I could keep going on and on with stories like these that are not.. bizarre. They’re not so very different from anyone else’s stories that I would ever think that they made me different from anyone else. Even though, the truth was, the fact that these stories were just unbelievable enough were what made them such great stories for my family to tell. I just never thought much of them beyond “ya ya, I was quite the kid” and left the spark of unease behind me.

There are also instances, not so much stories, that hold the same feeling of unease for me.

My mother and step-father moved around a lot. I attributed my never having any friends to that, despite the fact that my step brother always did.
I was nearly forced to go into a special school for being too smart at one point, an act that freaked me out so much that I never studied again another day in my life so as to never ever be threatened with being an outcast again.
I never attended a party or group gathering that I didn’t have to and the ones I did have to, I sat at a table, by myself. Even at the prom. I figured I just didn’t fit in. Anywhere.

For many adults, we look back on our lives and rationalize the events away as merely a shyness, or a result of our situation or surroundings because at the time, that’s all we had for a reason. We had no one to talk to, there were no doctors that would recognize it. Besides, we wouldn’t dare draw that kind of attention on ourselves.

My childhood was not out of the ordinary. I was.

I always knew it. But only on a subconscious level. Without knowing why, I never knew how.

Still, I like to think that I turned out ok. My family didn’t treat me like I wasn’t ordinary, they couldn’t have. They didn’t know either.

I don’t think, looking back, that much could have been done differently to give me any better or worse outcome from where I am now.

Still though, as an adult that is now diagnosed, I now have definitive answers, and that makes a very real difference. It could have made a difference then too, maybe.

Either way, difference or not, I think that it could make a difference for others even more than myself in that, if I can raise awareness of what and how this happened for me, perhaps it will enlighten others that have felt the same way. Perhaps even raise awareness for others that work, live or simply know another adult that may seem… different, somehow. Perhaps that little bit of something about them that you can’t quite put your finger on is actually a sign of a diagnosis that never happened.

My child will know. He’ll have a name to give the feelings that he can’t quite describe. And I can only hope that it will help him some day in coming to terms with those feelings and even living with or over coming those feelings.

I’ve raised awareness for my child. And will continue to do so. But there are more people out there than just my child. And they’re not just children.

I really wish someone would have been there to say “You feel alone, but you’re not. This is why…” but there wasn’t.

I’m not sure I could ever truly explain just how lost that can make you feel. Feeling like you don’t belong is one thing but feeling it while having no idea about the why or the how of it is… you can’t help but judge yourself. And not in a good way.

To have just one person that could have recognized a symptom, a sign or just to say “maybe you feel this way for a reason”… well, I would have really liked that a lot.

Autistic adults might be functioning in society just fine but that doesn’t mean that they’re functioning fine… inside.

No one should live without knowing who they really are and what they’re capable of.

I know that now. And I want to share that with people that need to know it too.

← Autism advocacy of the future – our children
Novel about autistic boy who loves birds aims to advocate, too →

12 Responses to Diagnosed as an adult, recalling my childhood, reaching out to other adults on the autism spectrum