Autism, Vaccines, Brains, Epidemics, Genes, Wakefield – What does it all mean?

Over the last week, I’ve been tweeting and sharing story after story which only further disproves the whole undying vaccine issue. I’m not sharing them to change anyone’s minds but rather just to share the latest news. But then today, a news story was released that forced me to question whether or not I should be trying to change minds after all. 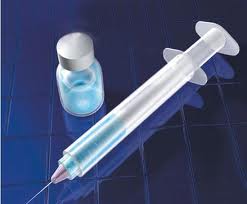 Yes, just like last years Whooping Cough story, we have a disease returning to the U.S. that was previously all but wiped out. In this story about the measles, a family decided not to vaccinate their child, took a trip to Poland to pick up another child and brought the measles back with them. Now there are over 1000 people exposed in Utah.

Great, so they decided not to vaccinate their child… is that fair to the 999 other children that are now at risk? The article doesn’t specify but it’s safe to say that some of those children are unvaccinated as well, some may be vaccinated yet still might contract it and very likely, some children are yet too young to be vaccinated… in which case, that is a very scary scenario indeed because children that are too young are at a much higher risk of severe reactions… maybe even death.

Should I be letting that family make their own decisions or should I, in good conscience, be trying to convince that family that really should have been vaccinating their child all along? Perhaps if I (rhetorically of course) had convinced them, this could have been avoided?

I’m going to share the news stories again with you right now and this time, I want to try to show you why these stories are important. Hopefully this will help someone to make the right decision and avoid another outbreak.

In this study, read more here, it is discovered that children with Autism had a brain size around 10% larger than that of children without Autism. Bigger! Why is this important? Well, first, it is an identifier… anything that helps us identify Autism in children is a plus.

Secondly, if some anti-vaccine people are correct and mercury is a big part of the blame, they’d have some very big explaining to do since one of the symptoms of mercury poisoning is Microcephaly (small head). Also, it should be noted that these are symptoms of methyl-mercury… the stuff that was used in vaccines was ethyl-mercury… which has such a short half life that it’s considered nontoxic.

Children with Autism have larger brains, not smaller heads.

The biggest fear pill that we’re forced to swallow in every single media/news broadcast is how much the number of Autism cases has risen in the last 20 years. This study, read more here, in the UK, decided to find out if the numbers really have been rising.

Researchers picked 618 random adults (over 16) and performed an assessment on them and what they found was that around 1% of adults did in fact fall on the spectrum.

What has happened is that many people did not know they had Autism, there was no way for them to be diagnosed as children since so very little was known about it back then. And adults today, even if they still feel as though they don’t fit in, find no reason what so ever to question it nor do they see any reason in getting a diagnosis as it would serve no purpose. They’d have the piece of paper but that’s it.

The reason I put that in quotes is important. When I posted the story to Facebook this week, someone asked: “Doesn’t that just mean it has been an epidemic for more years and now we can actually begin to deal with it?”

The answer is no.

The definition of an epidemic: An outbreak of a disease or illness that spreads rapidly among individuals in an area or population at the same time.

Ignoring for a moment that Autism is not a disease (it’s a disorder), we can now prove that Autism does not spread nor is it increasing in numbers. Therefore Autism is most certainly not an epidemic.

What does this have to do with vaccines?

Well, 20 years ago, vaccines had thimerosal, you know, that ethyl-mercury stuff… which should mean that there would be MORE Autism 20 years ago than today since almost all of our vaccines no longer have thimerosal today. Right? We took it out 10 years ago, the number of Autism cases should have gone down.

If we rule that out, then perhaps it’s the number of vaccines given in such a short time. Which, if the epidemic theory was correct, would make sense. But now that we can show that the rate of Autism was around 1 in 100 back then, when children had less vaccines than they do now…. we must conclude that the number of vaccines is not a factor either.

In this article, read more here, researchers have broken down Autism into 4 sub types, and have found 18 genetic markers (10 of which are common to 2 or more sub types) that are common in Autistics.

Does it mean that there is no “sub type” that is not more likely to have a reaction to environmental toxins that could resemble or cause Autism? No it does not. However, it does prove that genetically, they’ve already got it… it’s just a matter of having something trigger it and when.

Let me put it another way, if a sub type is one that is classified as having Autism lie dormant until triggered by something in the environment… well then, it’s only a matter of time. If vaccines do trigger it… what’s to say that food chemicals don’t too? or acid rain? Or artificial sweetners? or car exhaust? or cigarette smoke?

You get where I’m going with this? If you’re still worried about mercury after all I’ve told you and you now see that Autism is genetic… then chances are, all those vaccines you skipped will be for nothing once your child takes their first bite of a tuna fish sandwich. There’s far more mercury in there than all the old thimerosal vaccines combined.

But Wakefield told me to be Anti-Vaccine

It may surprise you, but I am linking to Age of Autism this one time because this transcript is actually important to point out. Wakefield, the guy often blamed for the anti-vaccine movement, actually never told anyone not to vaccinate their children.

In that interview, he states:

Ralph Nader was for safer cars .. he wasn’t anti-cars.  I am not anti-vaccine .. the vaccine strategy .. the vaccine policy in this country is not safe .. the safety has never been proven.

He’s certainly not helped in making that message clear, but it needs to be clear. Whether you believe he is an honest man or he’s a thief that lied so that he could have his own vaccine patent in place to make himself rich… it doesn’t matter. What matters is that even he thinks that you need to vaccinate your children.

Why would he develop a vaccine if he wanted you to not vaccinate?

Seriously people, there is no way in the world that it’s “healthier” or “safer” to not vaccinate… not in a million years.

Now, I do understand that some people simply can not vaccinate… allergies, adverse reactions or what have you… medical reasons do arise that make it unsafe to do so.

Get all the information in the world, take what ever safety precautions you feel you need to take but vaccines work. You were vaccinated as a child. They may have saved your life and you didn’t even know it. That’s how they work.

← Confidence for you. Acceptance from everyone else
How Mario taught me just how much help to give to my children →

11 Responses to Autism, Vaccines, Brains, Epidemics, Genes, Wakefield – What does it all mean?