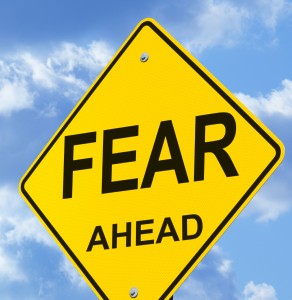 Autism awareness, for many, only includes the facts and figures, the stories of heartache and the “struggle” that the media likes to talk about so much. It gives parents so much fear in their hearts that some just outright refuse to have children just to avoid the risk of having a child of their own with autism.

I have my own fears. After years of seeing this “awareness” thing breed more and more fear, I’ve come to develop my own fears as a direct result.

Each April, with the increase in awareness efforts, I worry. My own fears set in. I see people talk about how hard it is. How terrible it is. What the numbers are. What’s worse. What’s not right. What’s not funded. What’s not available. And I see people afraid.

One day, I fear, the playgrounds will be empty. The classrooms will be vacant. I fear the future.

I used to fear the future anyway, for what it would not do for autistics. Now I fear it for what it might do. If the fear continues to grow.

My child already has the deck stacked against him. I’m afraid to think how much harder it can get by good people thinking they’re doing good things but not recognizing the fear they feed.

← Novel about autistic boy who loves birds aims to advocate, too
Somewhere along the way, I became a parent. This is how I know it’s true. →