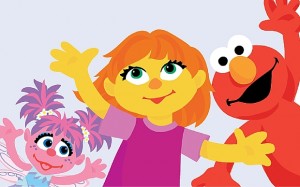 ← A review of the HBO autism documentary: How To Dance In Ohio
Dad, what happens when you die? →