Why I write about autism

If you read my blog already, you may have noticed that I haven’t posted in a little while now. The blog is 2.5 years old now and I think I’ve hit a stage in this blog’s life where I start to question what it is that I’m doing with it, where I want it to go and most importantly, what exactly it is that I’m trying to say with it.

It’s caused me to ask myself one simple question: why do I write about autism?

When I started my blog, it was mostly just to write about my son and the experiences we had together. I made observations about certain things he’d do and I’d give examples of how my wife and I became aware that he had autism.

It was a quiet but very satisfying time for my blog where I felt good about what I was doing. I still do, of course. But it was a different kind of good feeling. It was peaceful and gratifying.

As my blog grew, that all changed.

As the blog grew, like most bloggers, I found myself weighing in on community topics, giving my opinion on researchers that seem to only be trying to blame mothers for their child’s autism, on the crazy things that Jenny McCarthy was up to, the vaccine debate and so on.

I tried to balance a lot of that with emotional posts, praising people for being people. Whether they’re parents doing their best or autistics for doing their best, I tried my best to keep myself and my readers looking towards the positives.

But somewhere along the way, again, like most bloggers, I found myself being yelled at or dragged down by bickering and arguing, general negativity or any number of other methods.

These things sound absurd, but they really happen.

The law of averages says that, in the case of blogging, no matter how much you try to avoid negativity, the more readers you reach, the more likely you are to encounter it.

Eventually it becomes inevitable and should you be able to cope and continue to grow, you’ll encounter that negativity more and more, over and over. Should you reach a sizable enough audience, it becomes a daily occurrence.

And that can weigh heavily on your shoulders. No matter how strong you were in the beginning, it gets hard. 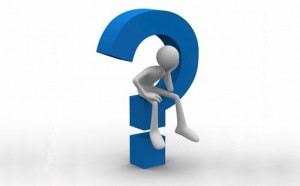 So the question becomes, if you’ve gotten yourself to the point of the daily negativity, why carry on? Well, the law of averages may state that you’re going to be stuck with it but it also says that you’ll have thousands of positives for every negative. And having thousands of positives daily really is worth one negative, right?

For example, I often hear from people how my posts have helped them when they needed it most, or that my posts are what they look forward to reading every day, or that appreciate the time and energy I put into doing what they wish they could do themselves… I love to hear from people who say these things, not because they praise me, but because it means that I am making a difference. I am outweighing the negative with the positive. What I write matters.

Still though, why? Why do I write? It’s not for the praise. It’s not to know that what I say matters. It’s not really even to make a difference. It is nice to hear these things. And believe me when I say that I honestly and completely appreciate every single one of my readers. I always make every effort to reply to every email and tweet and message.

I write for me.

That sounds self centered. I realize that. But it’s true.

Well no. It used to be true.

And that’s the problem.

I’ve been frustrated for quite some time but only in the last month or so have I really just put the whole thing on hold and really given it serious thought.

Had I run out of things to say? Was I no longer able to cope with the negativity?

These are all beautiful reasons to get back to my keyboard and push forward, but I didn’t. These reasons should have been good enough. They should have been all the motivation I needed. But they weren’t.

So I went back to page 1 and started reading. And it occured to me that all those reasons, while great reasons, were not the reason.

And I found it, back in my old blog entries.

I need to write for me.

I can’t say it enough, that I value and appreciate my readers and hope I never stop hearing the positives. I could do with less negatives but that’s another story.

But as much as I love every single reader I have, I have to admit to myself and acknowledge to you right now that I didn’t write for my readers in the beginning and I won’t do it anymore.

Somewhere along the way I did though. As responses came in and I started hearing from my readers, my reasons for writing slowly changed and I didn’t even realize it.  I started writing just to help people, to get more of those responses and to make a bigger difference.

I don’t know why or how, but I believe, that’s when I lost my spark.

That’s when I started to get frustrated.

I hadn’t run out of things to say and it wasn’t that the negativity became too much for me… it just didn’t feel right anymore.

And that is what’s most important, I think.

I’ve realized that those are things that I hope my writings will do. But it’s not why I write.

If I write for me, as me, and stay true to me, those things will happen on their own. At least, I hope they will. They did before.

To stay true and honest, I need to write because I want to write. Writing for any other reason compromises that.

I hope you understand. Thank you for reading.

← A Road Map for Autism
Crap or Cone →

7 Responses to Why I write about autism