Parenting a child with autism is hard, being chastised for saying so is harder 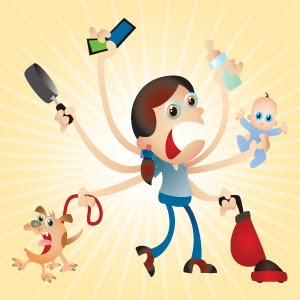 I’ve been an autism blogger for a while now and as such, I’ve also been an autism blog reader. I love to read the experiences and lessons from other parents, other autistics (I was diagnosed with Aspergers myself) and even from others such as care givers and “experts”. It’s all information for the learning.

One aspect of reading those other blogs is that it hurts to see a parent that just isn’t coping well. For what ever reason, they’re reaching or have reached their breaking point. It’s not that their child is bad, or impossible to handle, it’s just that the struggles have become to heavy to hold any longer. The “little things” have added up and the parent is reaching their nervous breakdown point.

I know that they’re reaching that point because they write about it. Which is good! It really is. Because that release combined with what should be support from other parents and people in the community may just be what holds off that nervous breakdown for one more day or week or month. Getting it off their chest or hearing from others, it’s a big part of why we write. Not just to share but also to reach out for help sometimes, or just to get something out there when there’s no one else close by to listen.

Most often times, that is exactly what happens. People come in to support them. But it’s not always like that.

Sometimes that parent comes under attack for making public the struggles they have with their child. Sometimes they’re made to feel much worse.

Here’s why: When you write, as a parent of a child with autism, you’re writing about autism but you’re also writing about your child. Publicly.

These are all fair points and in many cases, parents choose to write anonymously, either never using names or by using fake names. Some parents just try their best to never “air their dirty laundry” and some parents are simply afraid to put themselves out there because they know that the attacks will be coming if they do.

The ironic thing is though, that when I visit parenting blogs, the ones that are just about parenting with no special needs people in the family at all, there is all kinds of complaining going on. Late nights, early mornings, long car trips, horrendous trips in a plane, toilet training, troubles eating, weeks of being sick and on and on and on.

And when I think back, the very first memories I have after telling people that I’ll be having my first child is of family and friends that are already parents telling me to kiss my sleep goodbye and that I’m going to lose my hair (faster anyway) and the grey hairs will be coming in full force now and on and on and on… again.

Of course, those people had no idea just how right they really were going to be since they didn’t have a child with autism… but I digress.

The thing is, parenting is hard. And parents need help sometimes, even if it’s just to vent or to tell other parents how hard has been or it’s going to be. That’s why there are parenting support groups! And they don’t have children with special needs!

Sometimes it seems as though it’s ok to whine, cry and complain and even make light of how incredibly difficult parenting is but if the child has any special needs, then it’s no longer ok to ever say anything about the struggles ever. That you’re going to damage your child for life by talking about how hard it is to be their parent.

I am not saying that it’s ok to make your child out to be some monster on the internet for all people to see for all time. You do need to choose your words carefully, even when emotionally driven, to ensure that it’s the situation that frustrates you, not the child. To help people understand that there is no love lost and you do not blame your child but that the lack of sleep or the frustration in failures is driving you to reach out for support… it’s not your child to blame.

Remember that what you say can be read for many years and have effects later on in life that you can’t foresee now.

But at the same time, if you’re reading something from someone and they’ve reached the edge of the cliff, a push is not what they need. They need you to pull them back up.

If you see a parent turning their child into “the bad guy” for all to see, that’s not ok and they need to be educated on the ramifications of their words. But educate them, don’t attack them.

If that person’s child is whom you are trying to protect, will pushing their mom or dad over the cliff really help them? Will making them too afraid to ever reach out again help that child? Will pushing a butt load of guilt on them for ruining their child’s future in one little blog post really be the best way to help that child out right now?

Parenting is hard. Period. Autism makes it ever so much harder. Even when the child is doing amazing, parenting is still hard.

Try not to make it harder, even if the good intentions are there.

← Video game lesson – If you can see it, there has to be a way
The Story of Luke – The autism movie you have to see →

14 Responses to Parenting a child with autism is hard, being chastised for saying so is harder