I started my autism blog with a very specific focus, which is why I named it “Autism From a Father’s Point of View.” It was to be a place for me to write about my son, Cameron, his growth with autism and what I’ve learned along the way.

It was never meant to be about me.

But things have changed.

I now have an official diagnosis. 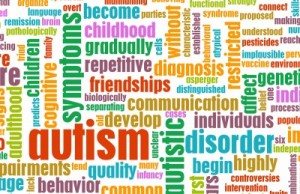 During a lull in the conversation, my wife said to me: “You know, that sounds a lot like the way you are” and it hit me like a ton of bricks.

In that instant, I remembered events from when I was 2 and hurt myself or was scared, times when I was bullied, times where I said or did something wrong and the guilt still haunts me, times where I smelled or tasted or felt something so strong that I couldn’t stand it, all the times I’ve beat myself up for not being more social with people, all the years I stayed in my room, by myself rather than be with people, the way I’ve never really fit in with my own family, the way I’ve obsessed over things… my entire life hit me in a flash.

It was at that point, a couple of years ago now, that I became a “self diagnosed autistic” but I would never dare tell anyone. Not because I was afraid of what people might think but more so because I could never tell someone something what I was not absolutely certain of.

I am the father of two wonderful children and a really great wife. My oldest son has autism. And thus, this blog was born.

Even though I was totally convinced of that and content in that knowledge, I still had lingering questions. Did autism explain so many events and experiences in my life that still stick in my mind as clearly as though they had happened just a short time ago?

It sure seemed to fit. But could I tell anyone?

And so I kept it to myself… well, to myself and my wife. She was the first to make the connection, after all. Which helps… having someone to talk to about it.

But for a long time, or so it felt anyway, I kept it to myself. I think it felt like a long time because I have been so active in the autism community. Often speaking up, often speaking out… and holding back the one thing that I felt should be the most important thing to share.

I saw other self diagnosed autistics speaking up all the time.

Because I wasn’t sure who I was. I felt it, but I couldn’t be sure.

Then came the diagnosis.

Now I know who I am.

Will my message change?

Now that I know who I am, or at least, am more confident about it now, will it change what I write or how I write?

Well, I already write about understanding and acceptance (I have a Facebook fanpage and an ebook by that name!) and have always written from my heart, how I’ve always felt and believed… so no, I don’t see how anything would ever change.

I’ve always written as though I had autism anyway, because I try to be as true to my son as I can… pushing for acceptance, community unity… and the good as well as the bad of autism.

My blog will retain it’s title. This is about experiences between a father and son. Always has been, always will be.

My diagnosis cements many of the things I’ve believed, it opens up my eyes in a lot of ways that I’m not sure I could ever truly explain but at the same time… it doesn’t change anything.

I’ve always been me. I have always said and written what I truly want to share.

Will it change how others see me? Treat me? Think of me?

Only time will tell.

Part 2 – Getting the Diagnosis.

← The Flood of Water
I have Aspergers – Part 2: Getting the diagnosis →