Quick to improve, Quick to regress, Quick to forget

I make no secret about it that my son (Cameron) has been making great progress… he’s even reading from a Dr. Seuss book now. But again, this brings up the inevitable conversations with people, including family, where they ask us if ever had Autism, or compare him to other children.. of differing ages!

In this case, it was a discussion about a daycare worker we knew that took care of Cameron before we had him diagnosed… she was wondering why we stopped taking him there after the diagnosis if he’s so well behaved.

Well, the thing is, he’s almost 6 now… back then, he was around 2. The differences are astronomical between a 2 year old and a 6 year old child to begin with but when you add in years of Autism therapy and treatments… let’s just say that there is no comparison.

It wasn’t that the daycare worker wasn’t great, she was… but after the diagnosis, we realized just how much one on one attention he’s going to need… specialized time at that, and a daycare worker just doesn’t have that kind of time or energy. 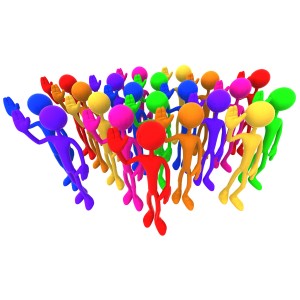 Anyway, the point of all of this is that it brought up the topic of how people with Autism can improve and regress, sometimes extremely slowly and sometimes it’s seemingly over night. Not only that, but the amount of improvement or regression can also vary greatly.

Granted, we all have good and bad days but for someone with Autism, it can be extreme. A child progressing well and speaking and being social can regress suddenly to the point of being completely non-verbal, aggressive, disconnected and so on.

On the flip side of the coin, a non-verbal child that seems completely disconnected from the world can discover their voice one day, perhaps even discover the ability to recreate classical music just from hearing it, or draw a completely detailed city from memory.

You just have to remember that the regressions are not your fault… the improvements might not mean having a savant in the family but never dismiss them, no matter how small or how slow.

It can be so very hard for people to learn what a huge spectrum Autism really is but it’s so very easy for people to forget that an Autistic’s place on the spectrum can change from day to day.

I’m going to work hard on keeping those improvements coming but my focus will be on the here and now. It’s who he is.

My name is Stuart Duncan, creator of http://www.stuartduncan.name. My oldest son (Cameron) has Autism while my younger son (Tyler) does not. I am a work from home web developer with a background in radio. I do my very best to stay educated and do what ever is necessary to ensure my children have the tools they need to thrive. I share my stories and experiences in an effort to further grow and strengthen the online Autism community and to promote Autism Understanding and Acceptance.
View all posts by Stuart Duncan →
← Happening right now, it’s still Autism Awareness Month
The problem with the expression “Different, Not Less” →

2 Responses to Quick to improve, Quick to regress, Quick to forget