Halloween and Autism, scary for all the wrong reasons

Halloween is meant to be a wonderful time for children, they get to go out for a little while and do nothing but collect free candy from the whole town just by saying “Trick or Treat!”

As parents of children with disorders or disabilities, we know all too well just how difficult this “wonderful time” can truly be.

Many children with a disorder, including Autism, have far too little fear when something catches their focus. When magic takes hold and the entire event seems like a dream come true, a child will dart off into a street, jump into the middle of another group or just take off to any random stranger without giving anything a second thought. How could anything bad happen? It’s magic candy night!

Children with Autism have been known to do these things on any given day, much less when there’s lights, sounds, candy, kids and more all around them.

There is a LOT of safety concerns for parents to be aware of and to go over with their children on Halloween as it is, when you mix in Autism into a child’s list of concerns, you quickly become aware of just how much of a hand full this wonderful night might just be.

Some parents choose not to go out at all, which is a shame. But I can understand why. I wish there was some way I could find the extra eyes and arms they need to go it out there safely because it is something that they shouldn’t have to miss out on. 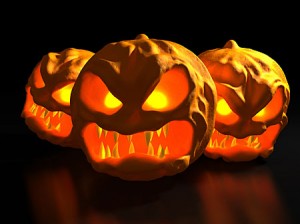 It’s kind of funny that we have the scariest holiday so close to the happiest holiday but as it stands, Halloween is meant to be scary. It’s meant to be fun as well but the premise is that you scare each other… scary pumpkins, music, skeletons, bats, vampires, ghosts and the occasional over enthusiastic house owner that jumps out at you to scare as many children as they can.

That kind of fear is hit or miss with children as it is but for children with Autism, a good scare can last with them for a very very long time. In fact, many times, it can lie dormant in them and manifest itself later. A child may start having bad dreams or be afraid of going somewhere that reminds them of the place that scared them… and it will be so long after the fact that neither you nor even your scared child will even know why they’re so scared all of a sudden.

Fear and Autism, not a healthy mix in most cases. But again, Halloween is meant to be fun as well. So depending on your child’s age, maturity, severity level and so forth, maybe some fear is better than none, so long as it stays fun.

Just be mindful of what might have a lasting effect and steer clear of those houses if you can.

A Stimulation of the Senses

Like the funner holiday (Christmas, for those of you wondering to which holiday I was referring to earlier), Halloween is a very sensory experience with flashing lights, candle lights, music, mechanized monsters, flowing spiderwebs in the wind, people scaring you, kids walking all over the place, cars driving by or parking and waiting…

There is just so much going on all the time that it’s overwhelming sometimes for the best of us. Especially when you get those neighbours that like to compete, but that’s a whole other story.

The fact is that when a child with Autism walks up to a well decorated house, it’s an overwhelming experience but most will likely do it because it’s new, exciting and there’s candy behind that door. But then you walk away and go to another house that has an entirely different experience, and then another, and another…

How many houses your child can stand that sort of thing is obviously going to be very different with every child but don’t be surprised if it’s a low number. It’s a lot to take in.

I’m not going to go into all the safety tips and ways to deal with a successful Halloween for two reasons. One, I don’t know them all and two, if I did, it would fill a book.

These are some things that happened as my family went out this year.

I think it’s important to learn from every experience and as with every holiday, you learn what works and what doesn’t. I ask that you please don’t decide to sit it out though, even though I do understand why you would.

The only way you can learn for next year is to do it this year and skipping even just one year will give you a huge gap in not just understanding what works and what doesn’t, but your child will have that large gap as well in not knowing what to expect, what it’s about or what to do.

A child that never does anything will never be able to do anything. Next year they’ll be older but they’ll still be lacking that experience.

Read up, do your research, ask for help.. even if it’s from school or church, get some extra eyes and ears out there, maybe a community vehicle.

Oh, candy is what comes after and that’s a whole other discussion for those of you on the various diets. I could write for hours about that. But let’s end it here. I hope you had a great Halloween and learned some new things for next year!

← Communication, breaking it down
Now I lay me down to rest →

2 Responses to Halloween and Autism, scary for all the wrong reasons