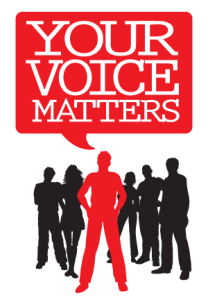 3 Responses to Find your own voice