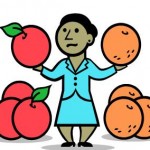 ← My tips for using FollowFriday effectively on Twitter for Autism
Communication Shutdown, Why I’ll be online Nov 1st. →

One Response to Autism siblings – living in a different world