Autism advocacy of the future – our children 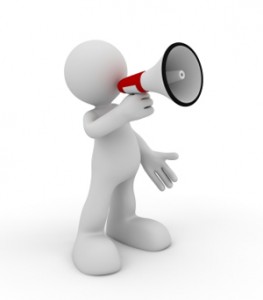 Autism has been around a very long time. It’s definition? Not so much. But even in the last 60 years or so, awareness has and even the definition of autism itself has changed quite dramatically over time.

It started with one doctor, then a couple of doctors and eventually a medical community that would dare to write about it and so on until today, we have parents and even autistics themselves emerging as, not really the dominant voice but certainly a loud and powerful one. At least, it’s getting there anyway.

It’s encouraging but I know that there is still a long road ahead. With constant battles between whether or not the “low functioning” or “high functioning” groups should get the more prominent voices, whether those that want a cure or those who want acceptance should be heard the loudest or most often… progress will surely still be made but there is no solution to the fights or even societal acceptance/understanding any time soon. There is obviously still a lot of work to do.

I have two children. One with autism and one without. I do not know if they’ll continue to advocate for autism in the future but if they do, I’d like to think that no matter which approach they take, that they’d be listened to.

One as a self advocate, one as a sibling, one as an autistic parent maybe and one, possibly as an autism parent. It’s in their genes, this I know. So the future is ripe with possibilities of any scenario.

I’d like to think that, if my advocacy has meant anything at all today, that one day in the future, no matter what their role, no matter which end of the spectrum or what their goals may be, that no one ever try to silence them.

Both of my boys have a lot to offer and they still have a lot of growing to do. Should they decide to, should I do my job effectively, I can only hope that they would advocate together, as a team… an unstoppable force, instead of against each other.

Because that’s the kind of advocacy I want for my children, for all of our children and for the future.

← Autism Awareness of a different kind
Diagnosed as an adult, recalling my childhood, reaching out to other adults on the autism spectrum →

One Response to Autism advocacy of the future – our children